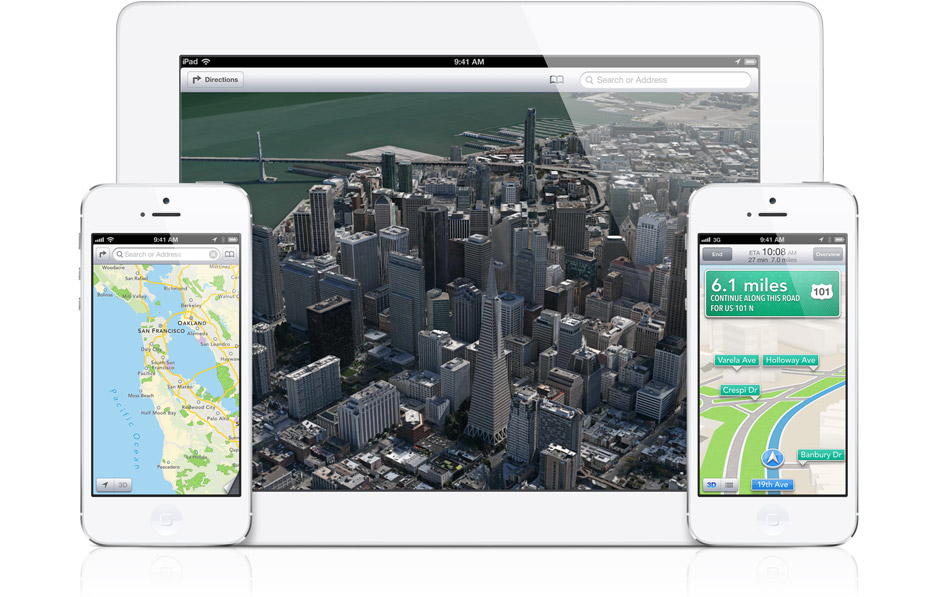 Apple’s Maps application was expected to be one of the most impressive features on iOS 6. When iOS 6 beta was announced in June, ‘Maps’ replaced Google Maps, which was a notable feature since the release of iOS in 2007.

The replacement at first was great news because Apple promised turn-by-turn directions, 3D mode, flyover, and beautifully designed maps. But Maps hasn’t exceeded a bulk of the users hopes. This past day Apple has received a barrage of criticism over the amount of serious errors Maps contains. Just a few errors include blurry scenery, stores being mislocated, and more.

In a report with AllThingsD, Apple has responded to the criticism:

“Customers around the world are upgrading to iOS 6 with over 200 new features including Apple Maps, our first map service,” said spokeswoman Trudy Miller. “We are excited to offer this service with innovative new features like Flyover, turn by turn navigation, and Siri integration. We launched this new map service knowing it is a major initiative and that we are just getting started with it. Maps is a cloud-based solution and the more people use it, the better it will get. We appreciate all of the customer feedback and are working hard to make the customer experience even better.”

Sources tell AllThingsD that the team assigned to the app is under lockdown right now working to fix it.

In a poll we conducted earlier today, 75% of our readers said they don’t like iOS 6 maps; while the other 25% of readers enjoy the maps. That really tells a story; Apple needs to up their game.

If you want Google Maps back, rumour has it that Google is waiting for the application to be approved by Apple. Knowing Apple’s past with Google Voice, it may never be approved though.

I wish Apple all the luck, but it seems like Maps contains a whole lot of errors. I haven’t seen any with my area, but reports have shown hundreds.