Apple is reportedly working on hosting some kind of ‘wireless server hubs’ at the Apple Store Genius Bars, which will supposedly allow customers seeking iOS device replacements to create a temporary backup of their device data before the exchange process, says 9to5Mac. The source believes that a prototype wireless server system for Genius Bars is being tested at Apple’s top-secret “future” Apple Store labs near the company’s headquarters, that will automatically, securely, and temporarily store user content. 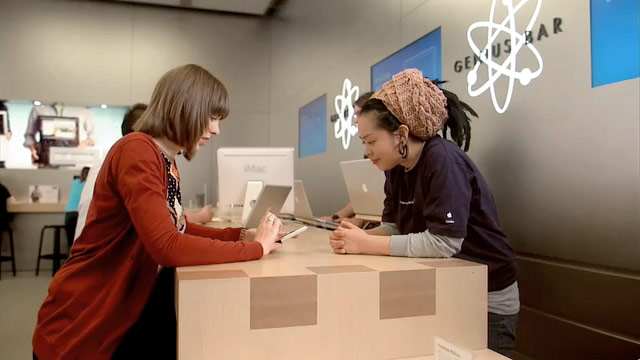 Detailing the concept from the source:

A user brings in their iPad, iPhone, or iPod touch to the Genius Bar to be swapped for a fully working unit. The person didn’t back up their device. Now, instead of having to conduct an iCloud wireless backup or go home for a tethered iTunes backup, the Genius Bar will have the ability to mirror an iCloud backup, but onto a local store server. After the device is swapped, the Genius can pull the content right back from the server onto the new device. The content is then automatically wiped from the store server.

The benefit of such a system over iCloud is that in-store, local backups take much less time than a normal, distant iCloud backup. Also, the planned system will provide added benefit of assisting users without iCloud accounts.