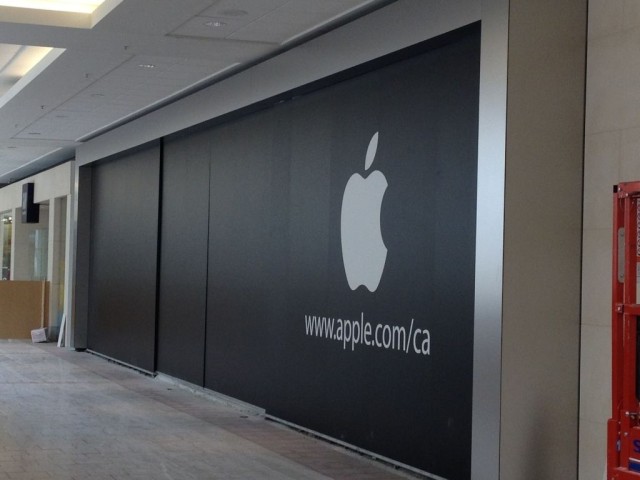 The Apple Store in London at Masonville Place is set to have its grand opening this weekend on June 23rd at 10AM, as announced on Apple’s website. Just over a week ago we told you the new storefront finally received its white Apple logo and URL, a sign of an imminent opening. The store’s location was discovered last December, and job postings in March all but confirmed its existence.

As always with Apple Store openings, the first 1000 visitors will receive a free t-shirt. Let us know if you’re going to be in line for the opening of Canada’s 23rd Apple Store. Who’s excited?