Apple launched a new support account on Twitter this morning, bright and early at 5AM PT/8AM ET. The account, which is verified, says “We’re here to provide tips, tricks and helpful information when you need it most, and if you have a question, well – we’re here to help with that too.” 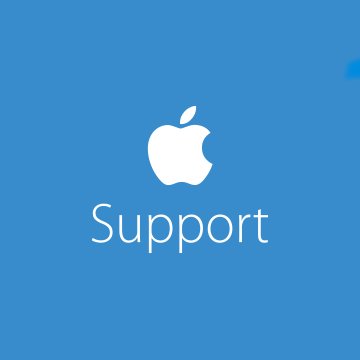 The account also shares tips and tricks, and one of the first ones was how to turn a Notes list into a checklist:

The Notes app has some awesome hidden tricks. A favorite of ours: how to turn lists into checklists. #AppleSupport pic.twitter.com/6fdzsRT1i4

The account—which has over 52,000 followers as of writing—is being bombarded with inquiries and is currently responding to customers at about 3-4 tweets per minute.

There are 14 other official Apple Twitter accounts being followed by @AppleSupport, which you can check out here, along with four Apple executives (@cue; @AngelaAhrendts; @pschiller; @tim_cook).

If you’re looking to get some product support from Apple, try sending out a tweet to @AppleSupport and let us know how quickly they get back to you.