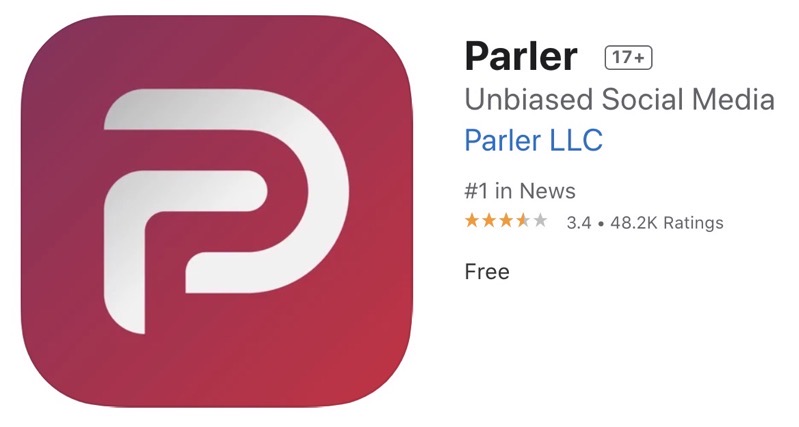 Apple has warned social networking app Parler, used by extremist conservatives in the U.S., 24 hours to create a moderation policy or get booted from the App Store.

According to an Apple email sent to Parler, obtained by BuzzFeed:

“We have received numerous complaints regarding objectionable content in your Parler service, accusations that the Parler app was used to plan, coordinate, and facilitate the illegal activities in Washington D.C. on January 6, 2021 that led (among other things) to loss of life, numerous injuries, and the destruction of property,” Apple wrote to Parler. “The app also appears to continue to be used to plan and facilitate yet further illegal and dangerous activities.”

Apple added in the email sent Friday morning, “to ensure there is no interruption of the availability of your app on the App Store,” the app must submit an update and a “requested moderation improvement plan within 24 hours of the date of the message,”

Parler’s CEO John Matze responded in a defiant tone, saying “We will not cave to pressure from anti-competitive actors! We will and always have enforced our rules against violence and illegal activity. But we WONT cave to politically motivated companies and those authoritarians who hate free speech!”.

If no update is received in 24 hours, Parler will be removed from the App Store, says Apple.

“Content that threatens the well being of others or is intended to incite violence or other lawless acts has never been acceptable on the App Store,” added Apple.

Apple should follow Twitter’s footsteps and remove the app already.