In an exclusive interview with The Independent, Apple’s Chief Operating Officer Jeff Williams and Director of Fitness and Health technologies Jay Blahnik, have discussed the new ‘Time to Walk’ feature the company has just introduced for its Apple Watch Fitness+ subscribers. 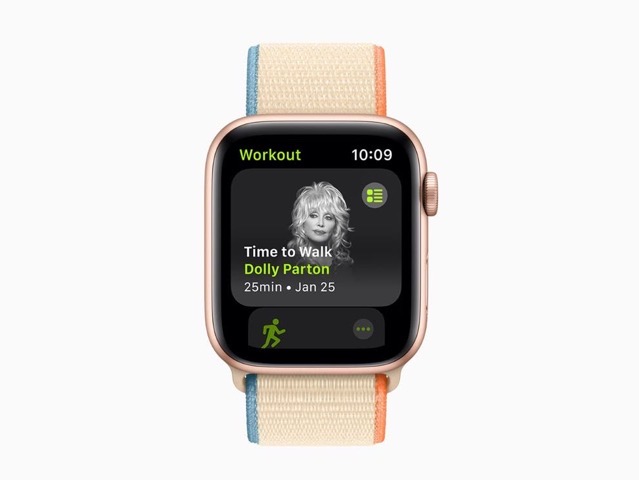 Time to Walk has been designed as “an audio accompaniment to an outdoor walk.” As you go, you’ll hear the voice of a guest, telling you a little about their lives and choosing three songs that are important to them. At several carefully chosen moments in the guest’s story, a relevant photograph will also appear on your Watch.

“There were a lot of ways that the creative execution of this could have gone but in the end, having just the guest felt like the right thing,” explained Blahnik.

“The conversations you would have with another person if you were really walking with them are different to the way an interview might go or a big group conversation can happen.”

Jeff Williams adds, “If you ask somebody to tell you a life story, they will almost always involve challenges and, because we all face those, it’s wonderful to hear about other people’s challenges and how they’ve dealt with them. It’s such a part of the human connection.”

There are four episodes right now, each lasting between 25 and 40 minutes, with another arriving every Monday between now and April. The openers are singer Shawn Mendes, NBA player Draymond Green, actress Uza Aduba from Orange is the New Black, and Dolly Parton.

Check out the complete interview at this link.