Apple Tells Congress Trying to Repair Your iPhone Can Hurt You

Continuing to deny accusations that Apple makes it hard for people to repair their iPhones and protect a virtual repair monopoly, the company’s VP of Corporate Law Kyle Andeer has now told the Congress that iPhones are too dangerous for an average person to repair without special training (via Vice). 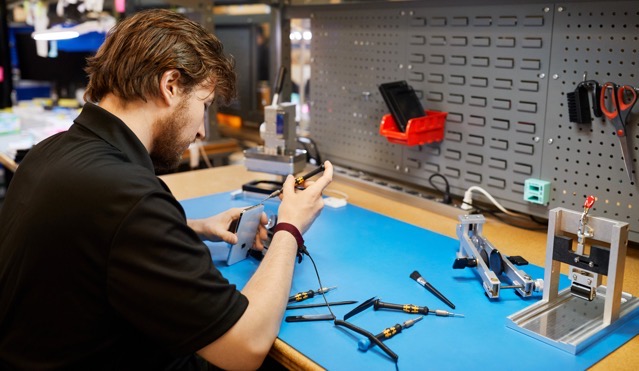 In its testimony, Apple argued that it costs Apple more money to do repairs than they charge. When asked why it stops third party repair stores from receiving official parts and information, Apple responded, “Repairs that do not properly replace screws or cowlings might leave behind loose parts that could damage a component such as the battery, causing overheating or resulting in injury.”

Apple continued that for safety reasons, it ensures all repair shops receive proper training before obtaining access to spare parts and repair manuals. However, Director of the Campaign for the Right to Repair at US PIRG Nathan Proctor believes Apple’s argument is “absurd.”

“In defending their decision not to make spare parts or service information available, the company claims that certain parts and information are necessary for a reliable repair. It’s a totally circular argument. Apple wants their customers, and the federal government, to accept the notion that while a repair monopoly exists, it’s a beneficial monopoly, made for our good.”

Congress also asked Apple if it took action to block consumers from seeking repairs outside of its ecosystem. Apple claimed it didn’t. “Customers are free to obtain repairs from any shop of their choice,” it said.