We’ve talked about rumours in the past about iTunes music previews being extended past 30 seconds. The latest story is that Apple sent notices to music labels informing that songs at least 2 minutes and 30 seconds long will have extended 90 second previews. Any song shorter than that length will remain at the current 30 second preview.

The notice from Apple reads:

We are pleased to let you know that we are preparing to increase the length of music previews from 30 seconds to 90 seconds on the iTunes Store in the United States. We believe that giving potential customers more time to listen to your music will lead to more purchases. 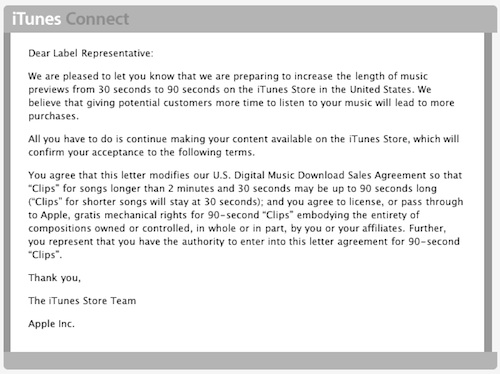 Two days after declaring ‘war’ on Apple, Tesla CEO and ‘Chief Twit’ of Twitter, Elon Musk has met with the iPhone maker’s CEO. In a video shared on Wednesday afternoon, Musk said “Thanks @tim_cook for taking me around Apple’s beautiful HQ,” referring to Apple Park in Cupertino. Musk didn’t elaborate on his meeting with Cook. […]
Gary Ng
27 mins ago