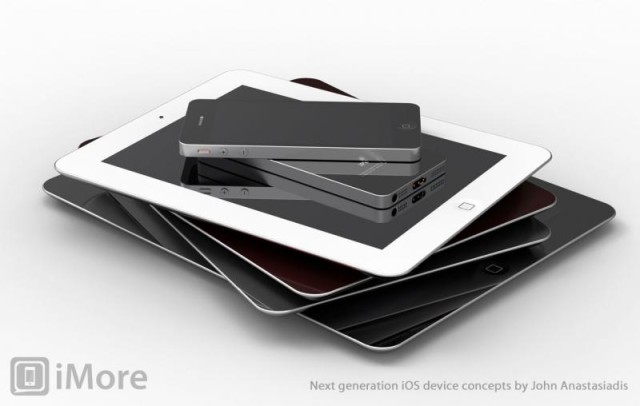 Will Apple debut the new iPhone and a rumoured ‘iPad Mini’ at the same time on September 12th? John Gruber from Daring Fireball doesn’t think so:

I’m thinking it makes more sense for Apple to hold two events. First, an iPhone event, focused solely on the new iPhone and iOS 6. Then, the iPhone ships nine days later, and there’s another wave of iPhone-focused attention as the reviews come out. Then, in the first or second week of October, Apple holds its traditional “music event”, exactly along the lines of the events at which they’ve been debuting new iPods for the last decade. (Maybe more of an “iTunes event” than just “music event”, given the rise of other media like TV shows, movies, and books.)

It makes sense–can you imagine the bombardment of two new revolutionary devices gracing the stage at the same time? Apple journalists and bloggers would be working non-stop until their bodies collapse.

What Gruber’s eagle eyes have noticed, which I think many might have missed, (including myself) is that Jim Dalrymple’s ‘Yep’ confirmation of iMore’s original September 12th announcement only quoted the portion regarding the iPhone–and not the iPad:

iMore has learned that Apple is planning to debut the new iPhone at a special event on Wednesday, September 12, 2012, with the release date to follow 9 days later on Friday, September 21.

Dalrymple linked to Gruber’s recent post and noted he “was a smart fellow” in deciphering the breakdown of two Apple events happening this Fall.

What do you think? Simultaneous product event announcements on the same day, or a separate ‘iPad Mini’ event a couple weeks later?