Apple CFO Peter Oppenheimer told Reuters in a telephonic interview today that the company is going to power all three of its data centers with 100% renewable energy, with its core data center in North Carolina going coal-free by the end of this year. Apple has been buying equipment from SunPower Corp and Bloom Energy to build two solar array installations in and around its core data centre. This solar farm will supply 84 million kWh of energy every year. Apple also intends to build a third, smaller, bio-gas fuel-cell plant later in 2012. 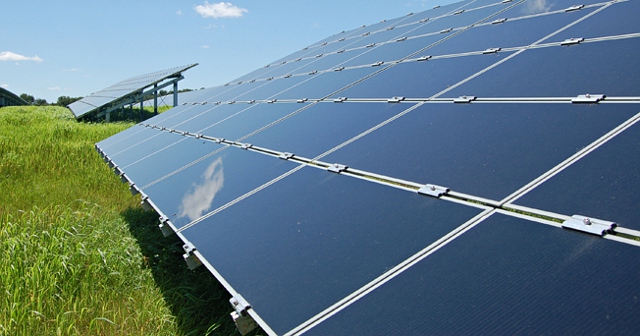 “I’m not aware of any other company producing energy onsite at this scale. The plan we are releasing today includes two solar farms and together they will be twice as big as we previously announced, thanks to the purchase of some land very near to the data centre in Maiden, which will help us meet this goal.”

Our next facility will be in Prineville, Oregon. This is still in the planning stages and we have already identified plenty of renewable sources nearby. We haven’t finalized our plans for on-site generation, but any power we need to run our centre in Prineville that we get from the grid will be 100 per cent renewable and locally generated sources”

Furthermore, Apple has now officially announced on a new page in the environmental section of its website that all of its data centers will be powered by coal-free renewable energy, as noted by MacRumors.

We’re currently building two solar array installations in and around Maiden. These sites use high-efficiency solar cells and an advanced solar tracking system. A 100-acre, 20-megawatt installation on the same site as our data center will produce 42 million kilowatt-hours (kWh) of energy annually. A 100-acre site located a few miles away will produce another 42 million kWh. Together that’s 84 million kWh of clean, renewable energy supplied annually. When our bio-gas-powered 5-megawatt fuel cell installation comes online later this year, it will provide more than 40 million kWh of renewable energy annually. This means Apple will be producing enough onsite renewable energy — 124 million kWh — to power the equivalent of 10,874 homes.

According to Apple, 60% of the company’s core data center’s power needs will be generated on site while the remaining 40% will be purchased from outside renewable power producers.