While speaking at the Global Climate Action Summit in San Francisco today, Apple’s vice president of environment Lisa Jackson revealed that Apple is investing a significant amount to protect and restore mangroves in a 27,000-acre forest in Colombia (via FastCompany). 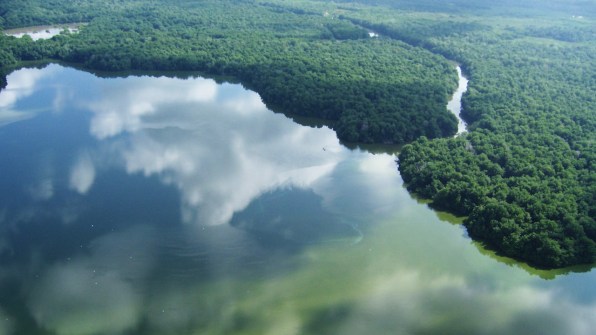 For those who don’t know, Mangrove trees suck up a huge amount of carbon from the air, which is why protecting and growing them could be a key to help stop climate change.

“These forests are critical because they’re one of nature’s most important tools in the battle against climate change–they can absorb and store up to ten times more carbon than a terrestrial forest,” said Lisa.

The Apple exec continued that the project, which will involve both planting trees in degraded areas and preserving the trees that still exist, will help capture an estimated 1 million metric tons of CO2 emissions over its lifetime.

In its first two years, it will reduce emissions around 17,000 metric tons–roughly the same amount as the emissions from the cars that will update Apple Maps over the next decade, making the program carbon neutral for the company.

M. Sanjayan, the chief executive officer of the nonprofit Conservation International, which partnered with Apple on the project, said, “If you want to actually change the thermostat of the world in your lifetime, then ending the destruction of mangroves and restoring them is one of the biggest things you can do.”

Over the past two years, Apple has issued $2.5 billion in green bonds and invested in 100% renewable energy for all the stores, offices, and data centers that it runs around the world.