It’s a national holiday in the U.S. today—Dr. Martin Luther King Jr. Day—which annually marks the birthday of the late civil rights leader on the third Monday in January.

Just like last year, Apple.com is paying a full-screen tribute to civil rights leader with a dedicated homepage showing his picture, along with the following quote: “Whatever affects one directly, affects all indirectly.” 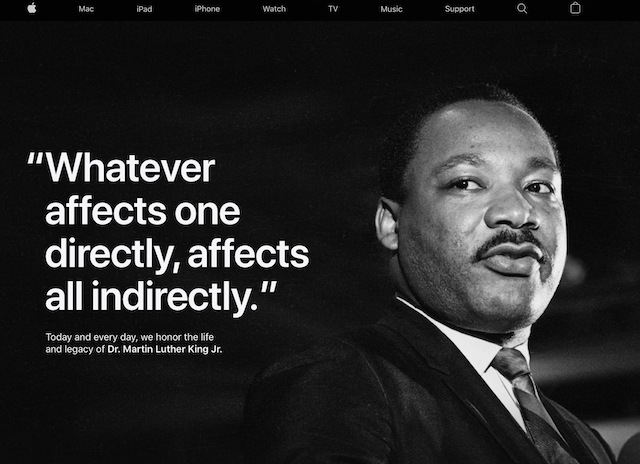 “I have the audacity to believe that peoples everywhere can have three meals a day for their bodies, education and culture for their minds, and dignity, equality and freedom for their spirits.” Let us all be so audacious, and work to make MLK’s dream a reality for us all.