This morning Apple launched sales of their 4th generation Apple TV, starting at $199 CAD (as predicted given the exchange rate) for 32GB of storage, while topping out at $269 CAD for the 64GB option.

The debate now is which storage capacity one should buy, as the new App Store has yet to debut and many are still calculating their storage needs. 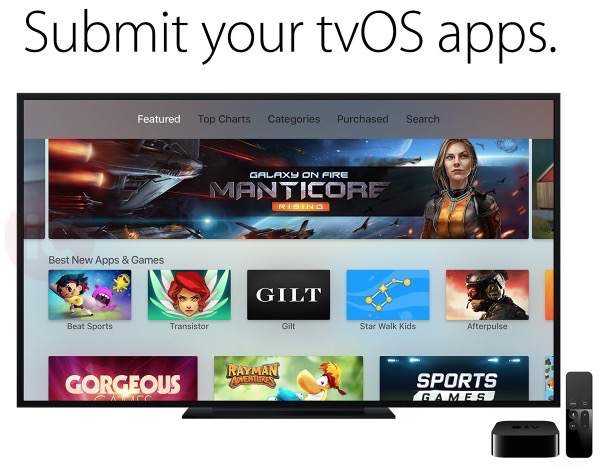 According to Apple, their advice on choosing between 32GB or 64GB of storage is the following, which was repeated by their online customer care team:

If you plan to use your Apple TV primarily to stream films, TV programmes and music, or to play a few apps and games, you’ll probably be fine with 32GB of storage. If you plan to download and use lots of apps and games, choose the 64GB configuration. Keep in mind when making your decision, that some apps, when in use, do require additional storage.

Ultimately it will come down to your personal preferences and how many apps you would be downloading. Sure, an extra $69 will double your storage capacity, but developers now have access to ‘app thinning’ with iOS 9 apps, which means delivering only the minimal resources required depending on a user’s device. If you download a lot of HD movies for local viewing, the larger capacity might be a better option.

Apple has limited Apple TV apps to 200MB in size, with the option to download an extra 2GB of resources over-the-air. The company explains to developers “there is no persistent local storage for apps on Apple TV”, and “data may be deleted while your app is not running and the Apple TV needs the space,” meaning if your device needs space it will delete non-used resources automatically.

Poll: With all of this in mind—which Apple TV capacity did you order? 32 or 64 gigabytes?