If you use an Apple TV in a business or educational setting, the latest 6.1 firmware update (iOS 7.1) contains a feature which allows for AirPlay discovery over Bluetooth without Bonjour, as discovered by AFP548 (via Daring Fireball).

Here’s what you need to get started:

Derick Okihara from AFP548 says once both devices have Bluetooth enabled and are on the same network your iOS device will ‘see’ the Apple TV when AirPlay is toggled: 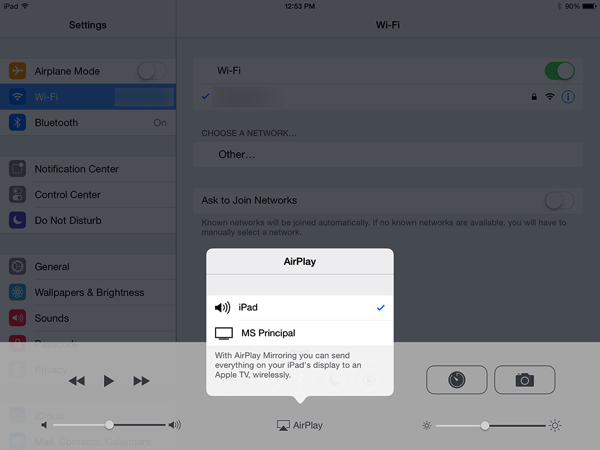 Okihara was able to have his iPad running iOS 7.1 with AirPlay Mirroring enabled to his Apple TV paired up via this Bluetooth discovery feature; he notes the feature doesn’t support Macs yet from his tests.

Why is this a big deal? In educational or business environments, a $99 Apple TV is much cheaper than a projector and the Bluetooth discovery feature for AirPlay allows iOS devices to connect over networks that otherwise would block Bonjour.

[caption id="attachment_389490" align="aligncenter" width="1400"] Image: Marcus Kane[/caption] As we count down the months to the launch of Apple's long-rumoured mixed-reality headset and, with it, an entirely new product category for the tech giant, we're starting to see more leaks and concept designs pop up. The latest concept renders of Apple's "Reality Pro" AR/VR headset imagine...
Nehal Malik
27 mins ago