Apple has just announced tvOS 13 for Apple TV at its 2019 WWDC keynote event in San Jose, California, promising to bring the “most personal cinematic experience ever” to the biggest screen in your home. 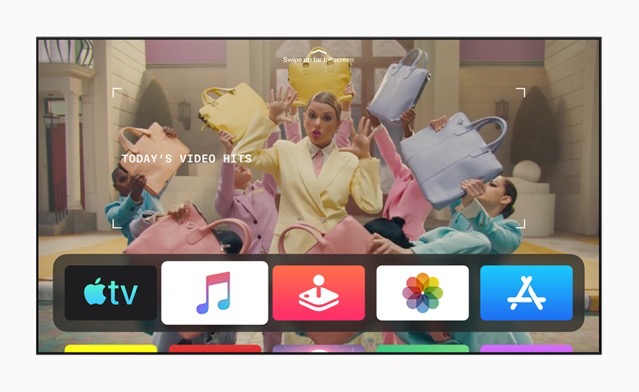 The latest tvOS update not only brings the much-awaited support for multiple user profiles, but also adds support for Apple Arcade, expanded game controller support, including Xbox and PlayStation game controllers, and some new 4K HDR screen savers that have been filmed under the sea.

Below are the highlights of some of the new features in tvOS 13:

The all-new Apple TV Control Center makes it easy to switch between family members so everyone gets their own personalized entertainment experience. Users see their unique Up Next list and receive TV and movie recommendations based on their tastes.

Apple Music on tvOS 13 takes advantage of multi-user support, so everyone at home can easily play their personalized playlists and recommendations. In addition, users can now follow along to on-screen lyrics timed in sync with their favourite songs.

This fall, Apple Arcade comes to Apple TV 4K. With a single subscription, a family of six will have unlimited access to over 100 new and exclusive games, all with no ads or additional purchases, and many will offer support for game controllers.

tvOS 13 adds support for Xbox One S and PlayStation DualShock 4 controller, making it even easier for gamers to take advantage of Apple Arcade and other great games on the App Store.1

Filmed in collaboration with the BBC Natural History Unit, the team behind “Blue Planet,” tvOS 13 brings immersive new 4K screen saver videos captured from the depths of oceans around the world.