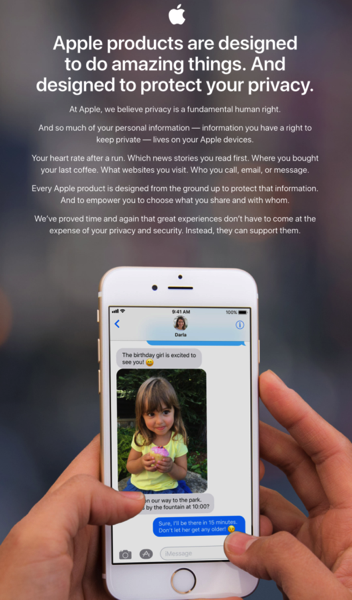 “The security features of iPhone, iOS and other devices are presented on the site as a product showcase inside the philosophical framework of security — with a splash of customer education. While I don’t think every customer will visit this site, I can tell you that it will likely get more traffic and sell more devices than any privacy and security page that has ever existed.”

The page also links to a security white paper and knowledge base article on the new Face ID authentication system. Apple once again highlights that Face ID data remains stored locally on your iPhone X within the Secure Enclave, with no data ever leaving your device or stored in the cloud. Also, a passcode will be required when Face ID hasn’t unlocked your iPhone X in the last 4 hours.

Apple also notes that developers do not have to update their Touch ID apps to use Face ID. So if an app you use now uses Touch ID to authorize or open anything, it will automatically work with Face ID.