Apple has updated its official US website in honour of Martin Luther King Jr., a figure who reportedly inspires Apple CEO Tim Cook in his work. The website carries the following message: “Today we reflect on the life and vision of Dr. Martin Luther King Jr. and the work that continues in service of the broader concerns of humanity.” 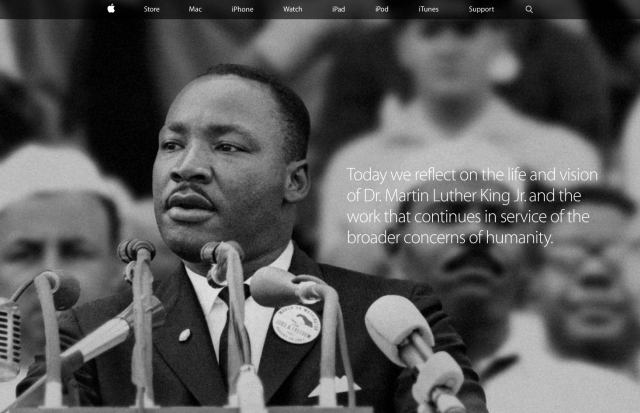 Apple’s CEO openly admitted his admiration for Martin Luther King and politician Robert Kennedy in a Charlie Rose interview last year. In a speech at the United Nations, Cook emphasised the sacrifice these two influential figures had made: “They sacrificed everything, including their lives, as champions of human rights and human dignity.”

While many American companies choose to give their employees the day off for MLK day, Apple chose to encourage volunteering among its employees, donating an additional $50 per voluntarily worked hour, according to 9to5Mac.