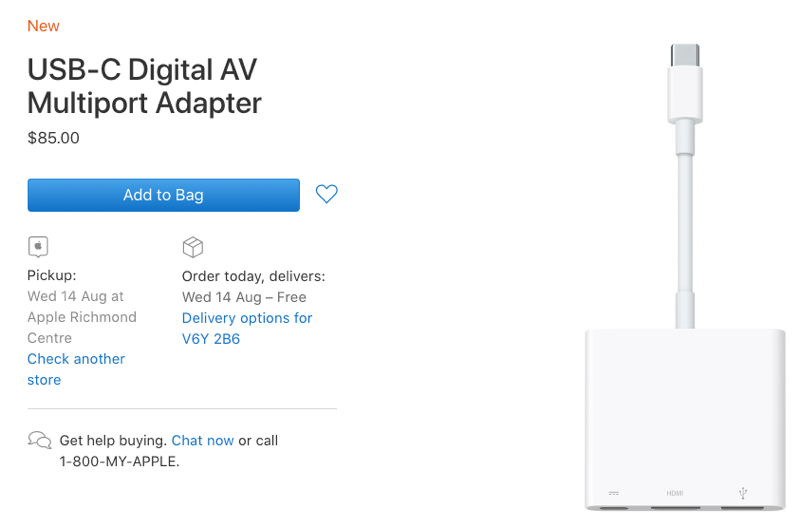 Apple has launched a new USB-C Digital AV Multiport Adapter, which offers users the ability to “connect your USB-C-enabled Mac or iPad Pro to an HDMI display, while also connecting a standard USB device and a USB-C charging cable.”

This updated adapter, model A2119 is the latest adapter which supports HDMI 2.0 at higher resolutions (4K) and refresh rates for macOS Mojave 10.14.6 or later and iOS 12.4 or later, plus HDR video in HDR10 and Dolby Vision formats on supported devices. It also allows you to mirror your Mac monitor to your HDMI-enabled TV or display.

Apple.ca sells the USB-C Digital AV Multiport Adapter for $85 in Canada. It’s available for pick up at Apple Stores on August 14, while online delivery is showing the same time period.