Citing people familiar with the matter, Recode is reporting that Apple has been in talks with some of the leading newspapers in the U.S. since earlier this summer in hopes of adding their stories to Texture, the popular digital magazine service it acquired last year. 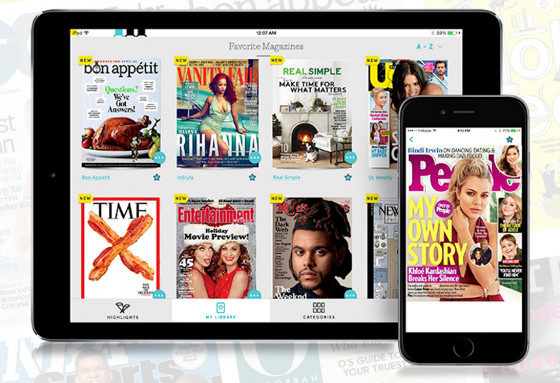 Eddy Cue and a bunch of other Apple executives are said to have reached out to the New York Times, the Wall Street Journal and the Washington Post about joining the Apple-owned subscription service, although an Apple representative has declined to issue a statement on the report.

For those who don’t know yet, Texture is like Netflix or Hulu for magazines and lets subscribers read as many stories as they want from dozens of magazines for a $10 monthly subscription. It remains unknown whether Apple wants to add stories from the three big U.S. newspapers into the same subscription service or market them as an add-on.

“But no matter how Apple structures the proposal, it may be a hard sell for any of the papers, which already have big subscription businesses of their own and would be concerned about cannibalizing their own sales.

An additional worry for the papers, says one executive familiar with the conversations, is that being part of a bundle of publications is less attractive than a one-to-one relationship with subscribers. It also leaves open the possibility that Apple could drop them from the bundle down the road.”

On the flip side, however, Apple’s huge user base comprising of over 1.3 billion active devices could significantly boost the papers’ reach should they accept Apple’s proposal.