Last week, Apple announced the AirPower mat, its own Qi standard-based wireless charging accessory, with the ability to not only charge the new iPhone 8, iPhone 8 Plus and iPhone X, but also the Apple Watch Series 3. While the accessory supports both AirPower and Qi charging standards, Apple did not mention what standard applies to the new Apple Watch. 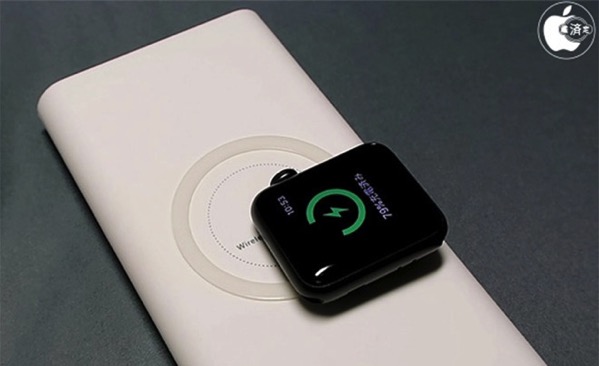 In order to find out exactly what wireless charging standard is compatible with the Apple Watch Series 3, the folks over at Mac Otakara tested a number of Qi base stations, including the Belkin Boost Up and Mophie units, both of which were mentioned by Apple during last week’s media event. Turns out both of them were unable to deliver a charge to the Series 3, while some other Qi chargers worked perfectly.

Turns out the new Apple Watch can be charged using certain Qi wireless chargers and battery packs that support more multiple portable devices. The source notes they were able to trigger the inductive charging system in both iPhone 8 and Apple Watch Series 3 with a Sharllen 10,000mAh Qi portable battery (shown above).

As to why single-device base stations are unable to charge the Apple Watch Series 3 is not known at this time, although the issue does not appear to be a standards-based limitation.