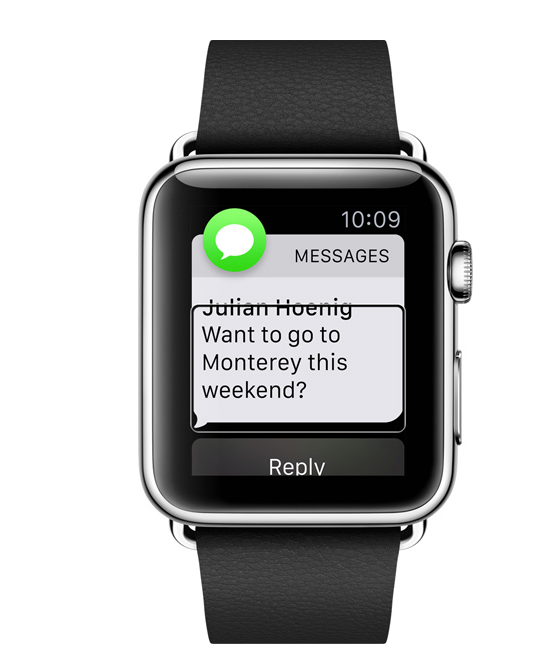 For the vision impaired, the Apple Watch provides multiple features, such as VoiceOver and an extra-large watch face with numbers that take over the entire screen for easier reading. By activating “Larger Dynamic Type”, customers get bigger fonts in apps such as Mail, messages, and Settings, on top of the Bold Text setting which applies to built-in apps. 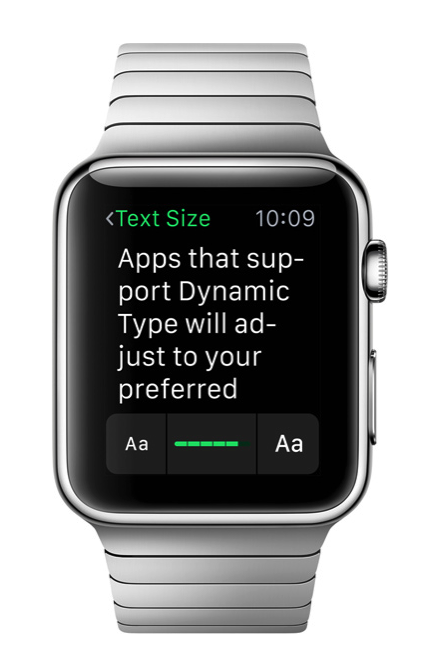 Alongside the above, the Apple Watch lets users activate a grayscale filter that applies systemwide, and reduce transparency and motion, as well as activate or deactivate labels.

For people with hearing loss, the Apple Watch stands out with two options: mono audio, and the Taptic Engine, the linear actuator inside the wearable that provides haptic feedback, the gentle tap every reviewer has been talking about.

Under the Accessibility setting, Apple takes Taptic Engine one step further: The Apple Watch has a feature called Prominent Haptic. After enabling it, the Apple Watch will pre-announce some common alerts, such as messages, mails, and events scheduled in your calendar.