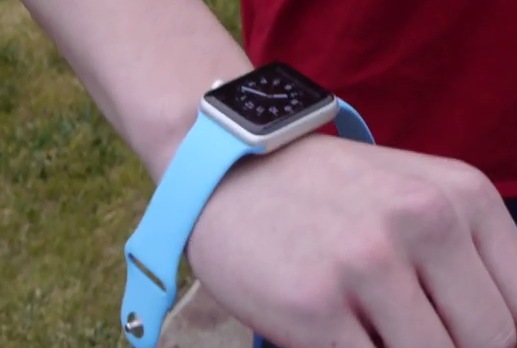 YouTube channel TechRax is an iOS device’s worst nightmare. The channel posts numerous videos torturing iPhones and other tech gadgets with knives, guns, boiling water, 6000ºF torches and more. Essentially the channel is all about destroying gear in ‘creative’ ways.

If you wanted to see how the Apple Watch Sport fares in a drop test, the channel tests the 42mm version with blue band. The results are kind of surprising, as the first drop where the watch lands on its face results in the screen shattering into pieces:

Maybe this test was a fluke, but the Sport’s screen shattered on the first attempt. It’ll be interesting to see how other Apple Watch Sport drop tests fare when they hit YouTube. But then again, if you drop any watch with a glass face directly onto concrete, it probably would shatter just as easily too, because you know, physics.

Update: CNET put the Apple Watch through a torture test and it fares pretty well, until it gets smashed and destroyed by a cast iron skillet (via MacRumors):