You Can Buy Apple Watch Edition at These Apple Stores in Toronto, Montreal

If you have your eyes set on acquiring a limited quantity Apple Watch Edition, which has a starting price of $13,000 CAD all the way up to $22,000 CAD, you only can find them at select locations.

For those in Canada looking to nab one, the 18k gold models will be available at two Apple Stores in Toronto and Montreal only, according to Apple’s Find Locations tool (via MacRumors).

The Eaton Centre Apple Store on Yonge Street in Toronto and the Sainte-Catherine location in Montreal are set to offer the Edition models at launch, as seen below: 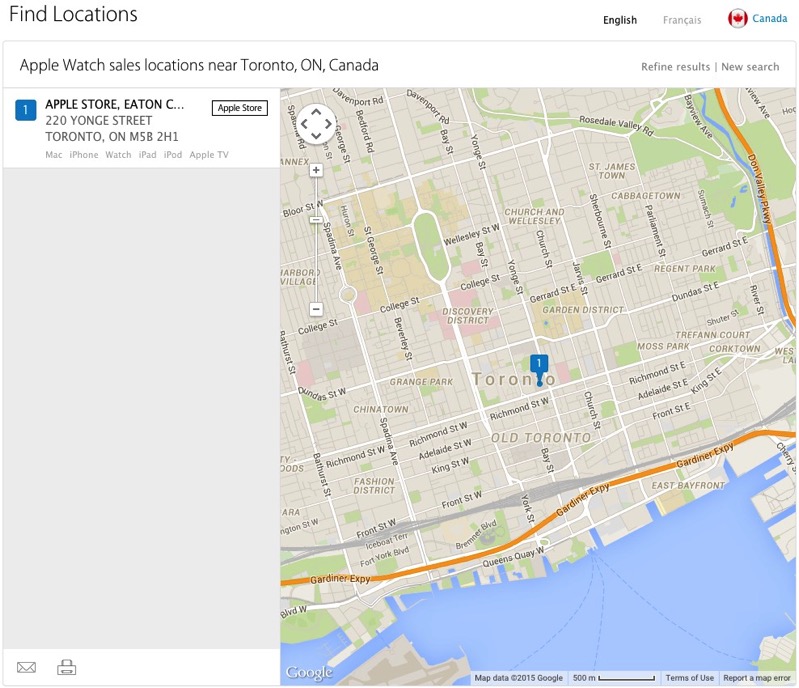 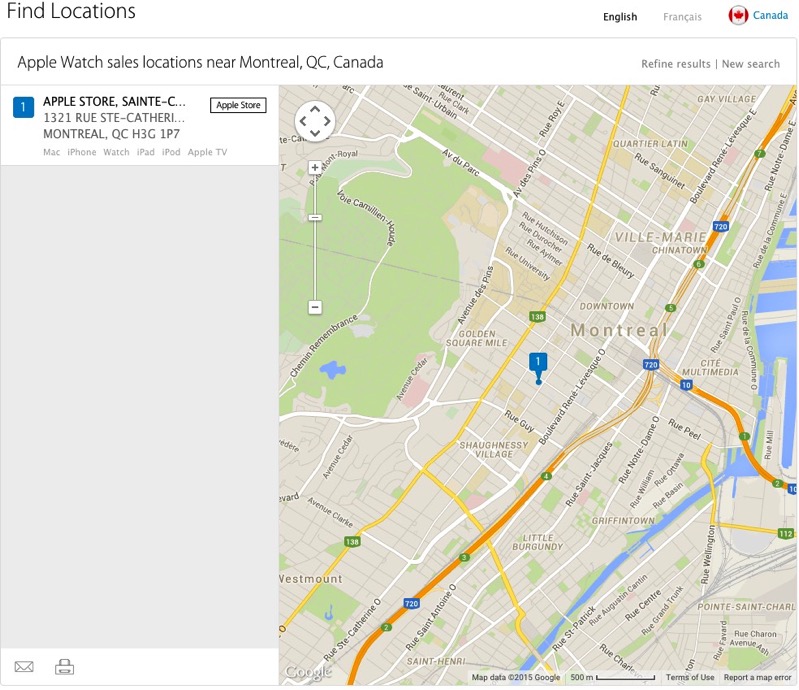 I’m surprised a Vancouver Apple Store isn’t listed as a location for the Apple Watch Edition, but at the same time populations in Toronto and Montreal are greater. Of course, this could change once supplies increase after the initial launch demand.

Apple this morning confirmed Apple Watch pre-orders will only be available online and not in-store during the initial launch, due to expected heavy customer demand and limited supply.