A 32-year old New York resident William Monzidelis’ life was saved in part thanks to a notification from his Apple Watch, telling him to seek medical attention immediately. The Watch alerted Monzidelis that his heart rate was at a distressing level, following which he rushed to the hospital and underwent an emergency surgery (via NBCNews NY). 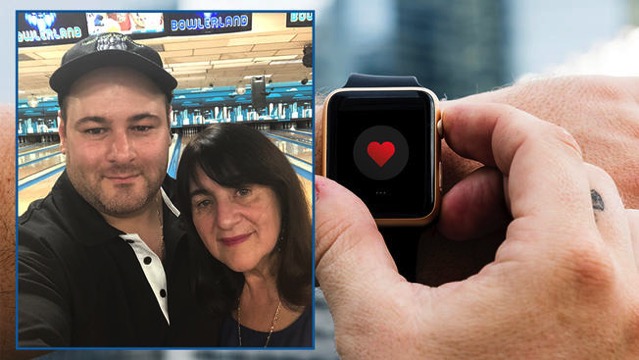 While working at his family bowling alley business, Monzidelis suddenly became dizzy and went to the bathroom, where he started bleeding. He then received an alarming Apple Watch notification, which he shared with his mother Nancy, who then drove Monzidelis immediately to the hospital.

On his way to the hospital while going in and out of consciousness, Monzidelis ended up losing nearly 80% of his blood. Upon reaching the hospital, it was ultimately discovered that he was suffering from an erupted ulcer.

“I was seizing in the car and bleeding all over the place, from my mouth, my rectum,” Monzidelis said, recounting his harrowing experience. Monzidelis’ blood loss was so severe, he said he had to receive a transfusion upon his arrival in order to undergo surgery.

“I lost so much blood that I needed a transfusion for the anesthesia to travel to my brain and put me out for the surgery,” he said.

“Hopefully my story can push them to use technology,” he said. “In my case, it was like a little angel watching me. It really was a magical device.”

The doctors said that if Monzidelis hadn’t received his smartwatch notification when he did, he would have not survived his medical emergency because he wouldn’t have paid attention to his life-threatening symptoms.

Today marks the official launch of Apple's iPhone 14 Plus. Rounding out the new family of Phones, preorders for the iPhone 14 Plus should be arriving to users around the world. However, for those that didn't pre-order, in-store pickup options are rolling out region by region. Currently speaking, if you navigate to Apple's website in...
Steve Vegvari
10 mins ago

Nintendo has revealed that Pilotwings 64 will be making its debut on Nintendo Switch Online + Expansion Pack later this month. On October 13th, players can take to the sky in this flight simulator title. After mysteriously not releasing a title in September, Nintendo seemingly returns to adding a new monthly game to its Nintendo...
Steve Vegvari
45 mins ago