Last month, Apple released the first beta of watchOS 2 after their developers conference. Users and developers were surprised to learn that there was no way to downgrade from the beta build to the current public build of the operating system.

Users were left with one option, which was to send their Apple Watch to Apple and allow them to perform the system restore. With today’s launch of watchOS 2 beta 3, Apple has officially confirmed that the only way to downgrade the operating system on the device is to send it into Apple. 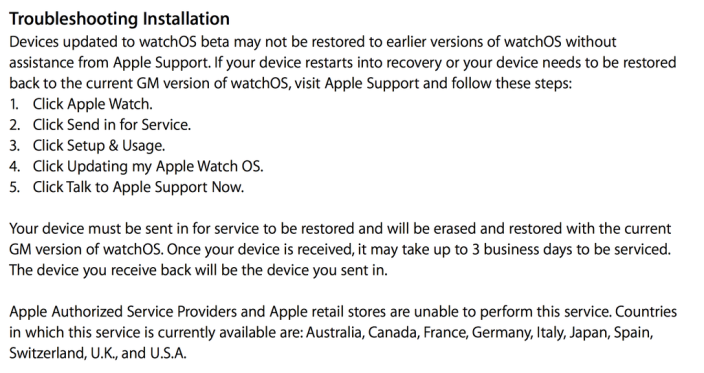 The company detailed that the Apple Watch can only be restored with the assistance of Apple Support. Users must ship their device to Apple, allow them to downgrade it, and then wait for it to be shipped back. It is still unclear how much Apple will charge users for this process.