While Apple hasn’t yet made it official that the Apple Watch packs an AMOLED display, it’s almost an open secret, as Daring Fireball’s John Gruber has also highlighted this today. Apple has been relying on IPS LCD panels for its iPhone, iPod and iPad touch devices, as well as many of the desktop monitors for Macs for a while but now, things are about to change, starting with an OLED display Apple Watch. For those who aren’t aware how different AMOLED displays are from LCD, furbo.org has put up a nice piece explaining this very fact. 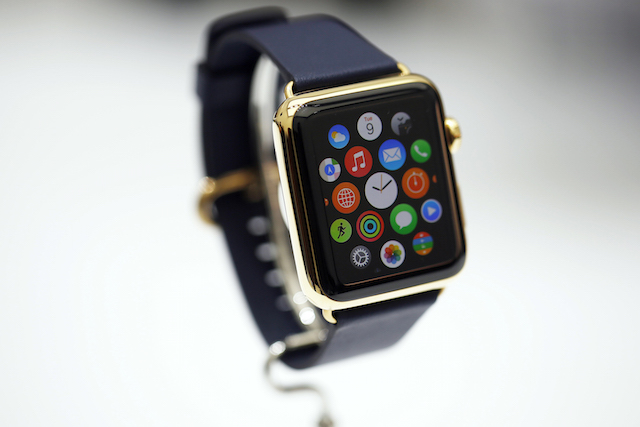 First and foremost, an LCD display relies on a backlight that’s projected through three layers, one for each of the primary colors, while OLED has no backlight and has only one layer that produces light. That layer is an organic compound that emits light when subjected to an electric current. When you put them in a two dimensional matrix of transistors, you end up with an AMOLED display. This is also why an OLED is thinner than its LCD counterpart.

Secondly, LCDs have always been problematic in direct sunlight, while recent advances with the OLED technology are producing much brighter results. Another important thing about OLED is how it consumes power. A transistor on the display only uses energy when it’s producing light, while an LCD backlight must be lit in order to see any pixel. So, a lot of black pixels on the OLED makes their battery last longer.

However, it seems that not everything about OLED is good news:

OLED displays have gotten a bad rap on mobile devices primarily because of a thing called PenTile. PenTile mimics how our eye works: 72% of the luminance we perceive is determined by the green wavelengths of the electromagnetic spectrum. The RGBG arrangement of sub-pixels lets a display get brighter without increasing the overall number of transistors needed. This, of course, keeps manufacturing costs down. Unfortunately this physical layout of the light emitters also makes colors grainy and text hard to read. Color accuracy also suffers. PenTile is also a trademark of Samsung. I can’t see Apple using this approach in their Retina displays.

So when Jony Ive taps the home button on his iPhone and says, “The whole of the display comes on. That, to me, feels very, very old”, the source believes we should take this as a sign that “individually addressable sources of light are the wave of the future”.