A 24-year-old motorcyclist named Muhammad Fitri, who fell off his bike after colliding with a van in downtown Singapore, was saved by his Apple watch as it automatically alerted his girlfriend and called for an ambulance after the accident (via Mothership). 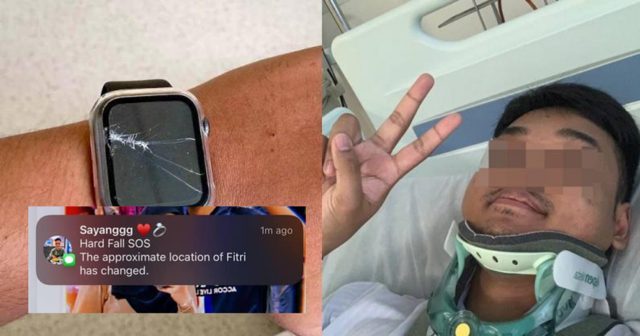 According to Fitri, his Apple Watch detected a hard fall and promptly sent a message to his emergency contacts, which included his girlfriend. Fitri’s family said that they were very thankful for this life-saving function as the streets were relatively empty at that time.

Fitri could have missed the golden hour of rescue if not for the fall detection function found in the Apple Watch.

He added that passers-by also spoke to the girlfriend and told her what happened. She and Fitri’s family then found out that it was the smart watch that contacted them.

The police confirmed the incident as a hit-and-run.

All Apple Watch Series 4 models or higher can detect hard falls. When a hard fall is detected, it will tap the user on their wrist, sound an alarm, and show an alert. The watch will not alert emergency services if it detects movement from the user.