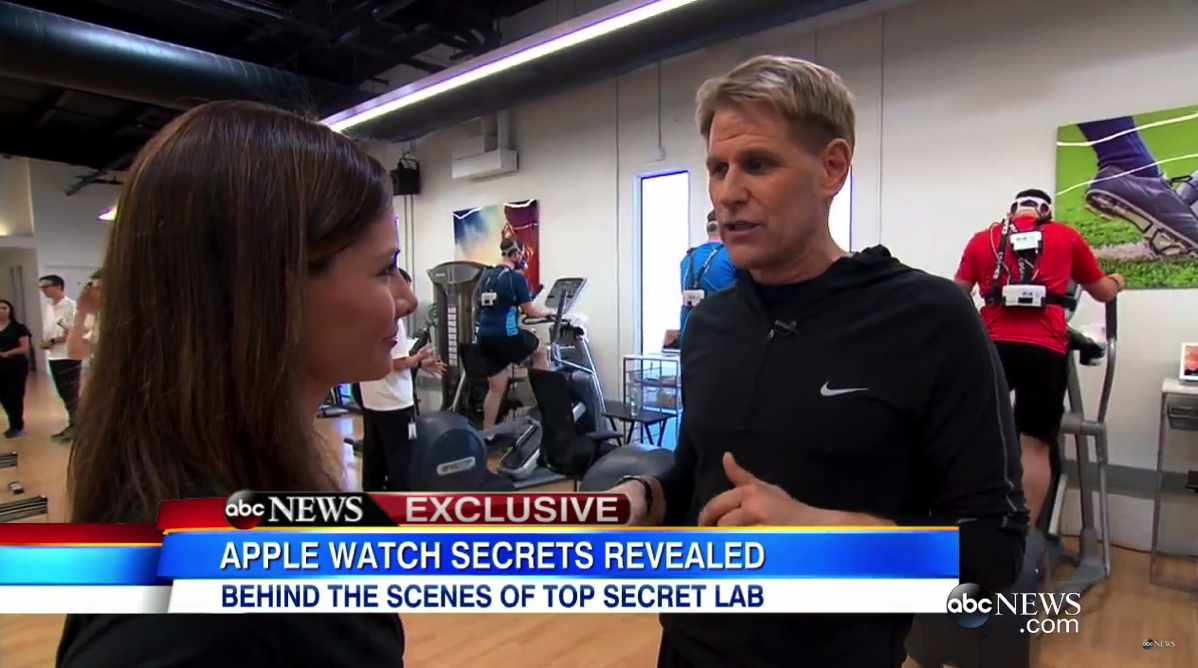 ABC News today released a teaser of their exclusive behind-the-scenes report concerning the secret Apple Watch health lab. The video was posted on YouTube as well, and shows dozens of people performing different tests while covered in sensors.

The health and fitness lab was kept under wraps for nearly two years, but Apple recently gave access to its health and fitness lab, where only Apple Watch test subjects may enter. As you can see in the video below, volunteers have participated in rowing, running, yoga and other fitness activities with the ultimate of collecting data for the “Apple Watch’s inner working.”

“[The employees] knew they were testing something, but they didn’t know it was for the Apple Watch,” said Jeff Williams, Apple’s senior vice president of operations. “We hooked them up with all the masks and so forth, but we would put on an Apple Watch covered up.”

As Jay Blahnik, Apple’s Director of Fitness and Health technologies revealed to ABC News, the lab even included “climate chambers” allowing the company to simulate various environments, without the need to ever leave the secret lab.

“We have traveled to Alaska and gone to Dubai to really test Apple Watch in all those environments, but we also wanted to be able to have a controlled environment here where we could see those extremes,” he said.

The ABC News has asked Dr. Michael McConnell, a professor in cardiovascular medicine at Stanford Medicine who also directs Stanford’s cardiovascular health innovation program, about the Apple Watch. He believes the device could be a game changer in terms of cardiovascular technology.

“We can use the power of something that they carry with them every day to help with measurements and surveys,” he said. “I think it is offering us a new way to do medical research.”

Jay Blahnik emphasized once again that this is just the beginning: the Apple Watch may have a profound impact on health.