KGI Securities analyst Ming-Chi Kuo has told investors in a note today that Apple Watch Series 3 is “unlikely” to support direct phone calls, although a VoIP calling service that replaces the iPhone’s calling functionality may be supported by the next generation Apple Watch, which is expected to go on sale this fall with built-in LTE connecivity, MacRumors is reporting. 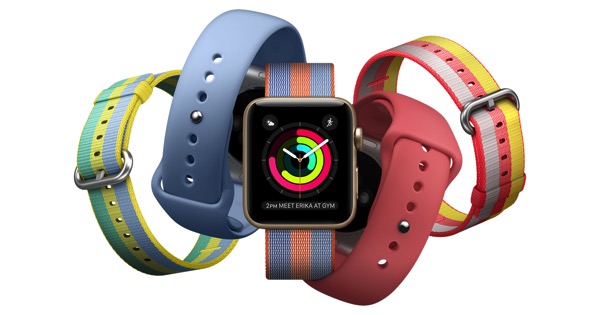 The analyst noted that the Apple Watch “probably” won’t support traditional phone calls this year, since the company must first work on improving the “user experience of data transmission”. Although the Apple Watch Series 3 may support VoIP services like FaceTime and Skype, as FaceTime audio calling is already supported on current Apple Watch models.

This has two benefits: (1) negotiations with mobile operators will be more simple and the chances of cooperation with mobile operators will improve; and (2) 3G connectivity can be scrapped, simplifying the antenna design and facilitating internal design. However, we think there is a chance that users may use LTE Apple Watch to access VoIP services, such as FaceTime and Skype.

Kuo also highlighted that based on a lack of internal space, the LTE Apple Watch is likely to use an eSIM instead of a physical SIM slot, with the device set up to share the same phone number with an iPhone.

The analyst also believes that LTE connectivity in the Apple Watch could be limited to specific countries and markets.

The latest video from Mrwhosetheboss reveals some Samsung smartphones are suffering from a swollen battery issue. Samsung dealt with a Galaxy Note 7 fiasco in 2016, when batteries for the smartphone were catching fire worldwide. Now, it appears some older Samsung phones are seeing batteries swell up, even when off and in storage. The tech […]
Gary Ng
37 mins ago