Hannes Verlinde, a iOS Software Engineer at Facebook in London, has put the Apple Watch’s fitness features to the test against a Garmin Forerunner 610 GPS watch.

The Apple Watch has proven to be very accurate when it comes to tracking a run. As you can see in the image below, both the Apple Watch and the Garmin watch have almost the same statistics at the end of Verlinde’s run. 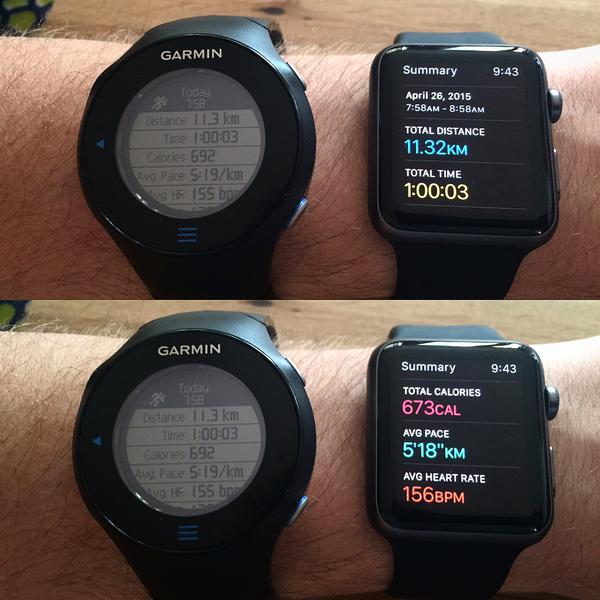 In his tweet, Verlinde said that the test was conducted while the Apple Watch wasn’t paired to his iPhone, which means it wasn’t able to use the iPhone’s GPS information. Taking all of that into consideration, the device performed extremely well.

This is how accurate the #AppleWatch is for running, even when using it without its paired iPhone for GPS. pic.twitter.com/Wjy2uPvd3w

This proves that you don’t have to take your iPhone with you to accurately track your run or any other fitness activity. Verlinde’s results match the general consensus of various tests performed against the Apple Watch, including the heart rate sensor test by Consumer Reports that was reported earlier today.

The Apple Watch was even used by model and avid runner Christy Turlington-Burns, who used the device to help her train for this weekend’s London marathon.