Apple’s AirPower has become the company’s rare ‘vaporware’ moment, but that could change, as the Australian Apple website contains a hidden reference and image of the wireless charging mat. 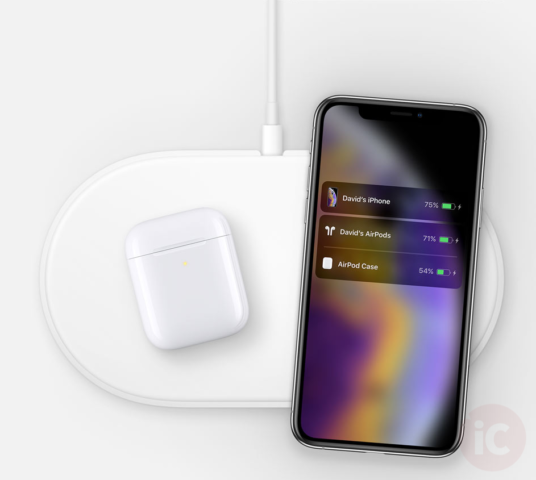 Apple’s website initially had images of AirPower when it was first announced, but the company removed them, delaying the product’s launch. Rumours in January claimed production had started for the wireless charging mat.

Bateman told iPhone in Canada he discovered the AirPower reference “a couple minutes before” he tweeted the discovery, adding “I was searching to try to see if there were any clues regarding AirPower and its launch. Recently, there has been a lot of ‘leaks’ on the Apple website.”

There seems to be a reference to the AirPower on Apple's Website. @9to5mac @iPhoneinCanada

If you go to https://t.co/005atcxs32 and inspect element, there is HTML code which includes #AirPower. Could a release be imminent?

It does not show up on the U.S. site, only on the AU. pic.twitter.com/bgksGLjl2T

The image depicts only two devices charging on AirPower, but the charging mat was originally touted to charge three devices at once.

AirPower also has 3 thermistors, my guess is it’s because it supports 3 devices charging at once pic.twitter.com/ILs4xYCpsW

Apple’s Australian website is usually one of the first to get updated for new products. Apple announced new iPads, iMacs and AirPods 2 this week, all quietly via press release.

For Thursday, we had the embargo lifted on iPad mini 5 reviews. What will Friday hold? AirPower and the rumoured iPod touch refresh?

Citing people familiar with the matter, a Bloomberg Law report is claiming that Hollywood super-agent Ari Emanuel has attempted to pave the way for a settlement between Elon Musk and Twitter in their $44 billion takeover deal. Sources said that Emanuel contacted Twitter board member Egon Durban and suggested the two sides find a solution...
Usman Qureshi
24 mins ago

Xplore, formerly known as Xplornet, has just announced the launch of its fibre broadband internet service in Quebec, with plans to be offered including download and upload speeds up to 1 Gbps and truly unlimited data. Xplore’s latest fibre-to-the-premise network expansion will connect approximately 6,000 homes and businesses in communities around Val-des-Sources, the MRC Papineau, and...
Usman Qureshi
37 mins ago

Apple Music Live offers concerts from featured artists for subscribers, with the latest from Billie Eilish, set to debut on Friday night. “Billie Eilish brings her world tour to Apple Music Live. She’ll be playing songs from her latest album, Happier Than Ever, in addition to other iconic hits,” said Apple in an email to […]
Gary Ng
38 mins ago