Six and a half years after Apple first introduced the slim-bodied iMac, the company today announced updated versions that continue to reuse the same industrial design, but with internal improvements, including Intel eighth- and ninth-generation Core-series CPUs, and faster memory. 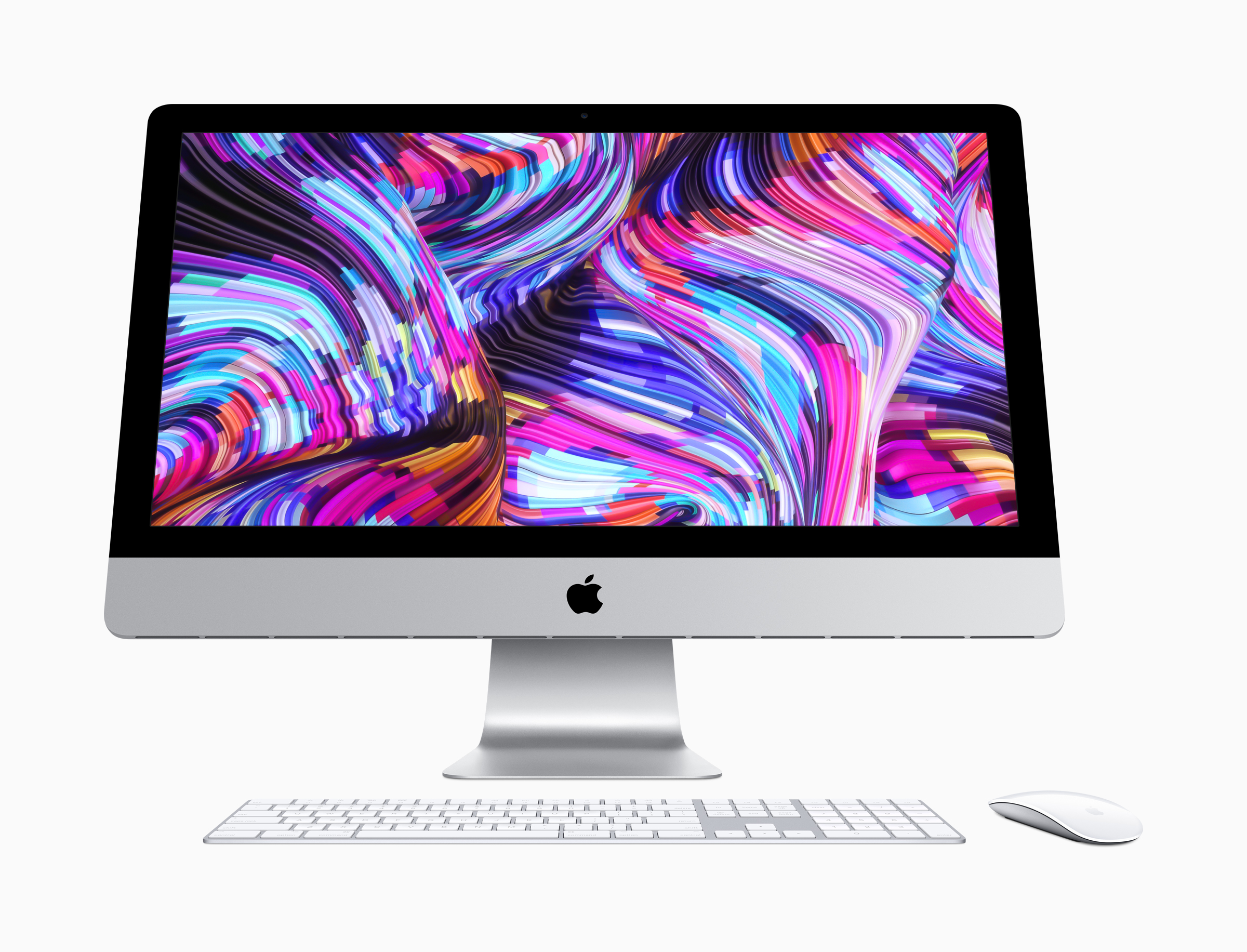 “Customers are going to love the huge boost in iMac performance. With up to 8-core processors and powerful Vega graphics, the iMac lineup is stronger than ever,” said Tom Boger, Apple’s senior director of Mac Product Marketing. “With its stunning Retina display, amazing design, twice the performance, and macOS Mojave that our customers love, iMac is by far the best desktop in the world.”

The $1699 CAD 21.5-inch 4K iMac is a 3.6GHz quad-core Core i3, and the $1949 model brings six-core power to the smaller iMac with a 3.0Ghz Core i5. The 4K iMac’s top-of-the-line processor configuration is a 3.2GHz six-core Core i7. While standard graphics configurations on these models are the Radeon Pro 555X and 560X, the high-end model can be configured with a Radeon Pro Vega 20.

The 2.3GHz i5 model can be upgraded with a 1TB Fusion Drive or a 256GB SSD. The mid-tier model has the same option along with a 512GB or 1TB SSD and the highest-tier option has 256GB, 512GB, and 1TB SSD options. Base model graphics options remain the same, though the 3.0GHz i5 model’s graphics can be swapped for a Radeon Pro Vega 20 card with 4GB of VRAM, which is new.

With these updates, the new iMacs have now closed a bit of the gap between the highest-end iMac and the lowest-end iMac Pro. While you’ll need to pay extra in configurable options, the highest-end eight-core iMac should creep close to iMac Pro territory in terms of processor and graphics performance.

Click here to check out the new iMac line up on Apple.ca.