The US Patent and Trademark Office (USPTO) has today granted Apple a patent for not only flexible displays, but also for possible future flexible iPhones and other iOS Devices, PatentlyApple is reporting. Furthermore, the patent filing hints that bending a future flexible centric iPhone, iPod or iPad device may also allow users to open a specific application, control a game function and so much more. 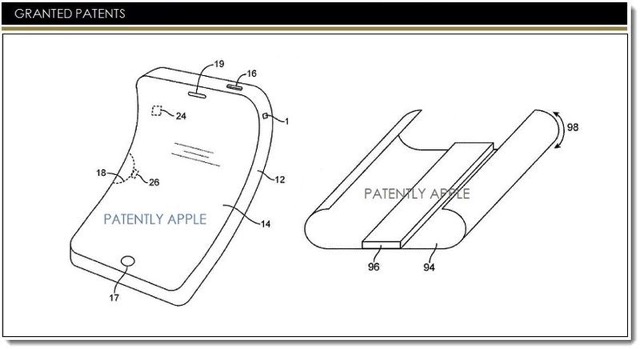 You can read more about the patent at this link.