With its stock hitting a record high of $182.88 per share during mid-day trading, Apple (AAPL) has just become the first company in the world to hit $3 trillion market value 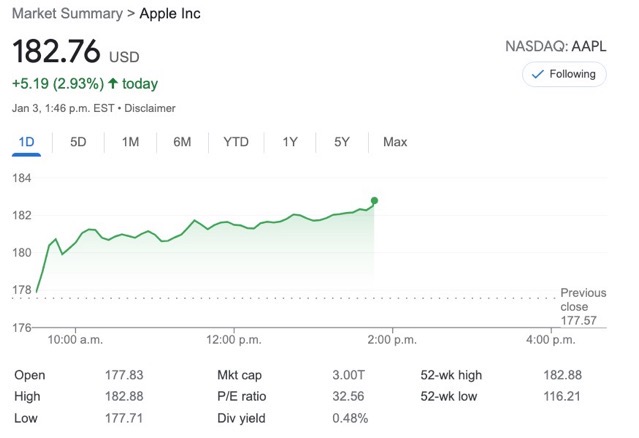 Apple’s market cap has nearly tripled since 2018. In August 2018, it became the first American company ever to be worth $1 trillion, and just two years later, it surged past $2 trillion. Its next trillion took just over 16 months, making it the first publicly traded company to ever reach $3 trillion.

“When we started, we thought it would be a successful company that would go forever. But you don’t really envision this,” said Steve Wozniak, the engineer who founded Apple with Steve Jobs in 1976. “At the time, the amount of memory that would hold one song cost $1 million.”