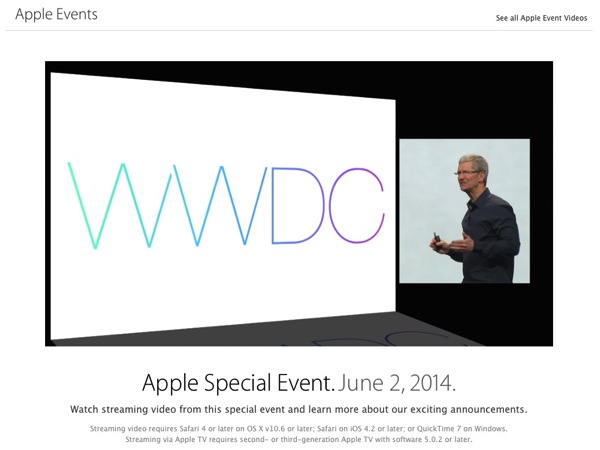 If you weren’t able to catch this morning’s WWDC 2014 keynote live, Apple has made the event available for viewing online now. Remember, Chrome is not supported so you’ll need to use Safari, your iOS device, or the Apple TV.

Back in October, Apple confirmed its head of hardware design, Evans Hankey, was departing from the company after just three years of replacing the famed design chief Jony Ive. Now, Bloomberg’s Mark Gurman reports Apple won’t be replacing the coveted design chief role, but instead having its entire team report to the company’s chief operating […]
Gary Ng
10 mins ago