If you’re looking to buy AppleCare+ for iPhone, the company gives you 60 days to do so from the time of your smartphone purchase. However, according to MacRumors, Apple has changed this to up to one year for customers in the U.S.:

A customer that purchases a new iPhone now has up to one year to purchase AppleCare+ for the device, compared to 60 days previously, according to multiple people familiar with the matter. Apple has yet to update its website to reflect this information, but MacRumors confirmed the extension with a senior AppleCare advisor. 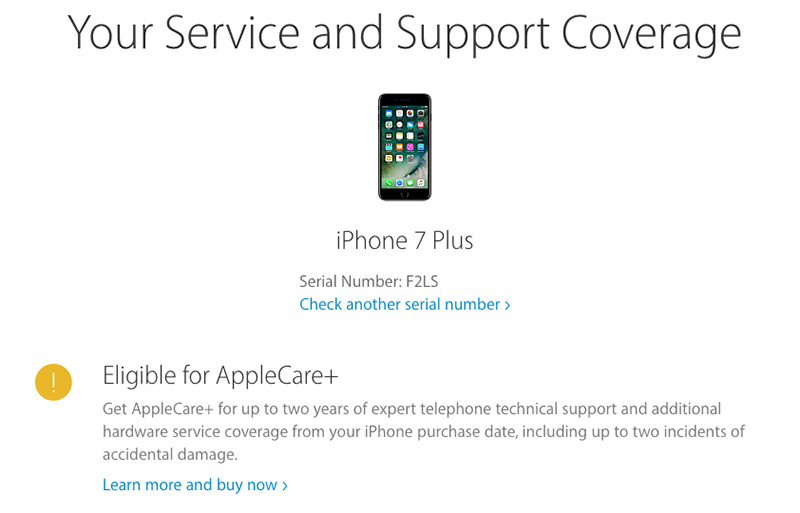 The change is retroactive, so all iPhones purchased within the past year now qualify for AppleCare+, confirmed the Apple senior advisor.

iPad, iPod touch and Apple Watch still have the 60 day period for purchasing AppleCare+. But this change to up to one year for iPhone means the latter is now in line with Mac and Apple TV for AppleCare+.

AppleCare+ for iPhone 7, iPhone 7 Plus, iPhone 6s and iPhone 6s Plus costs $169 CAD, while iPhone SE costs $129 CAD. Up to two incidents of accidental damage can be claimed, $39 for screen damage, or $129 for any other damage, plus applicable tax.

The changes went into effect in the United States this week. No word on whether this applies in Canada, but after checking our iPhone 7 Plus serial on Apple.ca, it did not mention anything about eligibility for AppleCare+. 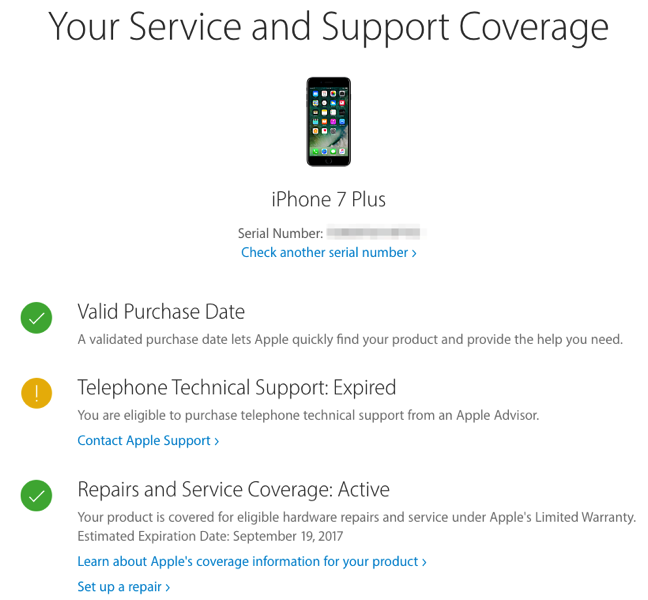 We’ll update this post once we determine if this AppleCare+ change also applies for Canadians. Stay tuned.