Apple’s Face ID to Work While Wearing a Mask in iOS 15.4 Beta, No Apple Watch Needed 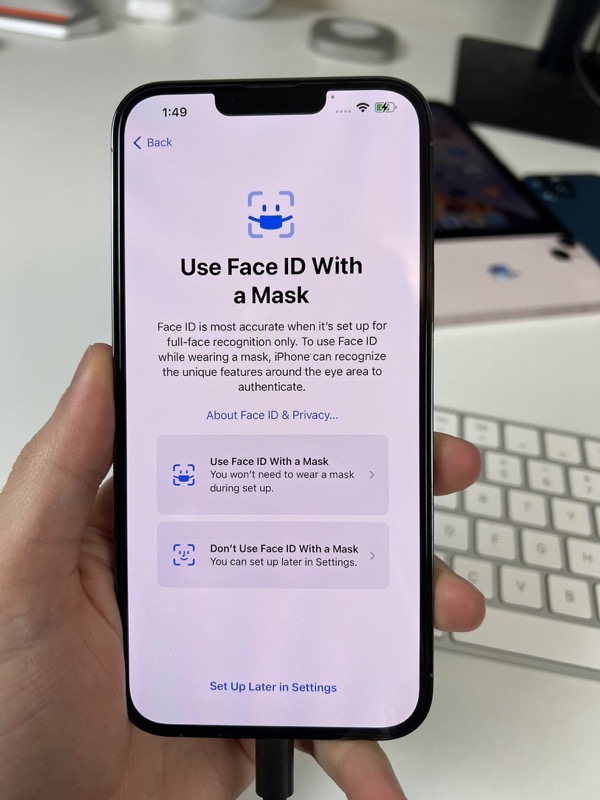 Apple released its first iOS 15.4 beta today for developers, and with it comes a new feature: Use Face ID With a Mask.

“Face ID is most accurate when it’s set up for full-face recognition only. To use Face ID while wearing a mask, iPhone can recognize the unique features around the eye area to authenticate,” reads the details, in a picture shared by YouTube tech reviewer Brandon Butch.

Apple currently supports Unlock Your iPhone with Apple Watch, which was released with iOS 14.5 and watchOS 7.4 back in the spring of 2021. This allows your Apple Watch to authenticate when you’re wearing a mask. But not everybody owns an Apple Watch.

This new method will allow iPhone owners without an Apple Watch to use Face ID with a mask, as the ongoing COVID-19 pandemic means requiring a mask everywhere we go, still. Stay tuned to check out how well this works in real life.