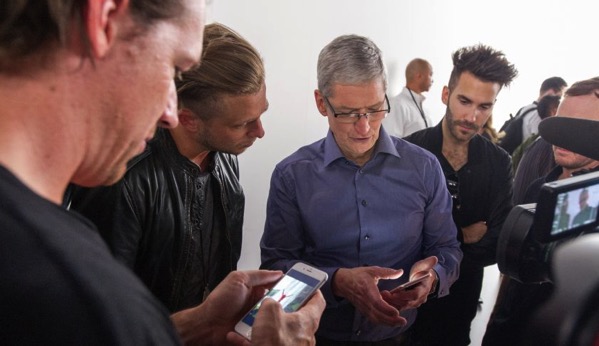 The decision by a U.S. court ordering Apple to create a backdoor into iPhones is being watched carefully in Canada.

The outcome of the court order could greatly impact Canada, where privacy and technology experts say the debate around encryption has been alarmingly quiet despite its potentially far-reaching consequences. In an interview Tamir Israel, a lawyer with the Canadian Internet Policy and Public Interest Clinic at the University of Ottawa, said:

“The conversations about encryption and how it fits into security have been very vocal in the U.S. and what’s happening now with Apple now is sort of all that coming to a head. But if you look carefully, you see that law enforcement in Canada has been actively trying to attain the kinds of powers we see in the U.S., but doing it in a much less overt way.”

“In theory, the same power that’s being explored in the Apple case exists in Canadian law. We’ve just never seen it go that far. I would expect that if Apple is compelled to comply with the order, we’d eventually see something here that would test similar boundaries within the Canadian court system.”

Well encrypted data that is obtained through lawful search warrants can be impossible for police to crack. Law enforcement officials in both Canada and the United States have been vocal about the problem that encryption poses for investigations.

Authorities in the United States have even gone as far as suggesting that companies install a backdoor so that the police can access information a lot more easily. However, this poses several concerns. For instance, there is no way to ensure that a backdoor can only be accessed by law enforcement. When you create a backdoor in any piece of software, you risk having unwelcome guests wondering around in your system, possibly capable of executing malicious code.

When it comes to security and privacy in software, there is a constant tradeoff between being secure and being convenient. In a statement, Israel said:

“We have seen, over the years in Canada, several attempts by law enforcement and government to quietly and less overtly find ways to get around encrypted protections. Sometimes the language in proposed bills would not suggest this specific purpose, but really they could be used to leverage third parties to assist in decryption efforts.”

Apple’s case could help change the future of encryption technology and digital security in Canada. Canadian officials have not been as publicly vocal about cryptographic standards, however the government of Canada has a history of successfully weakening encryption available to and used by Canadian users.