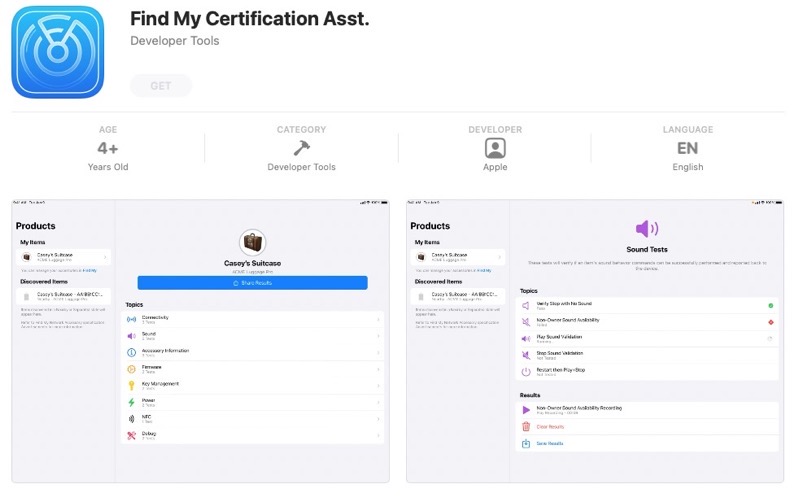 Last June, Apple announced to developers it would soon let third-party products support its Find My app, as part of the new Find My network accessory program.

As noted by TechCrunch, the app ‘Find My Certification Asst” app recently hit the App Store, for third-parties to test their accessories.

Find My will add support for finding third-party products and accessories with the new Find My network accessory program. This will allow customers to use the Find My app to locate other important items in their lives, in addition to their Apple devices. User privacy remains central to the Find My network with end-to-end encryption built in. A draft specification is available for accessory makers and product manufacturers starting today.

The new app lets accessory makers test the “discovery, connection and other key requirements” of their products, as part of Apple’s Find My network.

Apple also has plans to launch its own device trackers nicknamed ‘AirTags’, expected to debut at some point in the future, which will similarly leverage the Find My app.