Apple’s iPhone 6 Will Have A Larger 4.8″ Display, Says Jefferies Analyst

Jefferies & Co. analyst Peter Misek has just upgraded Apple’s stock (AAPL) rating to “buy” with a $600 price target, up from being a “hold” with a $450 price target. At the same time, the analyst has claimed that the iPhone 6 will be Apple’s first smartphone to get a larger, 4.8-inch Retina display (via StreetInsider). Last month, The Wall Street Journal had also reported that Apple is testing larger iPhone screens, from 4.8 to 6-inches. 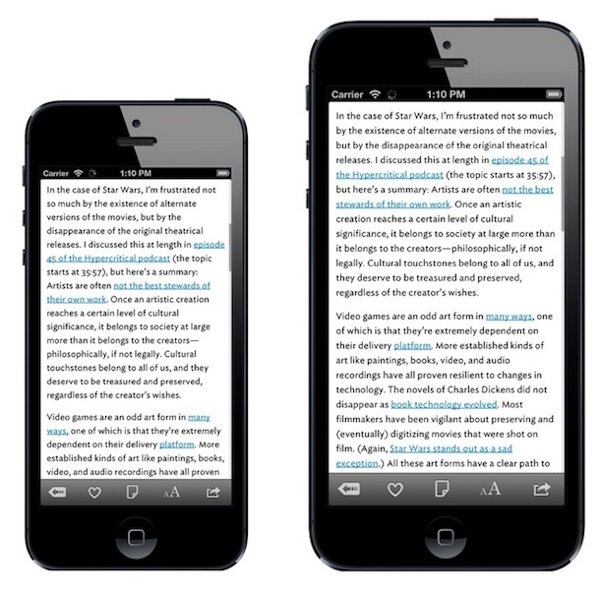 Earlier in June, Reuters claimed that Apple was testing iPhone models with screen sizes ranging from 4.7 to 5.7 inches. But despite all the pressure from customers and investors, Apple CEO Tim Cook has maintained that the 4-inch iPhone display remains the ‘perfect’ size. While Misek has not revealed exactly what triggered his 4.8″ display prediction for iPhone 6, he did note that the new screen size would drive a huge number of upgrades.

Jefferies analyst Peter Misek upgraded Apple (NASDAQ: AAPL) from Hold to Buy Monday with a price target of $600.00 (from $425.00) following an Asia trip which showed a “substantial shift in attitudes toward Apple.”

“Despite still seeing risk to CQ4 and FY13 revs, we now believe better GMs will allow Apple to skate by until iPhone 6 launches with its 4.8″ screen,” Misek said. “We est ~50% of smartphone shipments have >4″ screens and that iPhone 6 will catalyze a large upgrade cycle. The stock is attractive based on the attitude change, FY15 revs >+15%, and valuation.”

The analyst is expecting to see the iPhone 6 release in September next year.