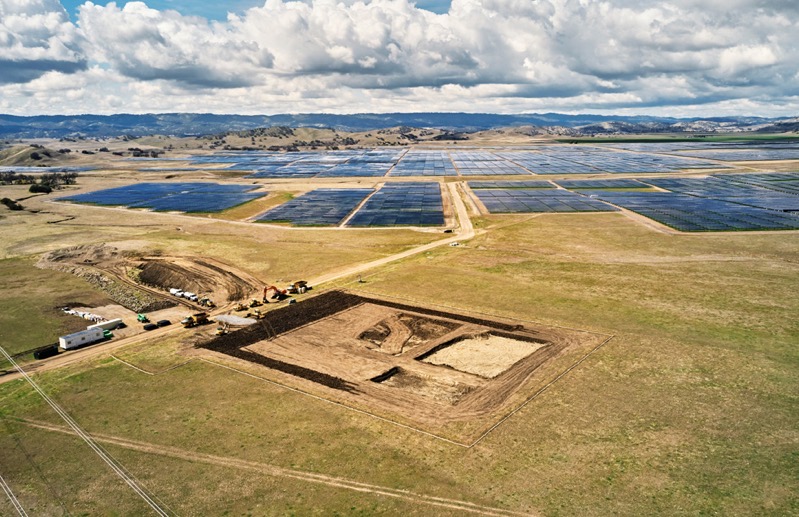 Earlier today, Apple announced it was building one of the largest battery projects in the United States, located at the California Flats Solar Project, in Monterey County. What Apple didn’t disclose was the huge solar farm would be leveraging ‘megapack’ batteries from Tesla to store excess energy from the sun.

According to The Verge, Monterey County confirmed Tesla ‘megapack’ batteries would be used by Apple:

The newly-announced setup, which will store up to 240 megawatt-hours of energy, was approved by the Monterey County Board of Supervisors in 2020, according to documents submitted last year. It will consist of 85 Tesla lithium-ion “megapacks” and be used to help power the company’s corporate headquarters in Cupertino. Monterey County’s planning chief confirmed that Apple will use the Tesla batteries in an email to The Verge.

Apple says its new energy storage project would have enough juice to power over 7,000 homes for one day.

Earlier this year, Tesla CEO Elon Musk revealed he tried to sell the company to Apple during its darkest days in 2018, but Apple CEO Tim Cook apparently refused the meeting. Apple is rumoured to be continuing its secret car project, which will be electric and self-driving, but won’t materialize for at least a half decade, say reports.

Back in October, Apple confirmed its head of hardware design, Evans Hankey, was departing from the company after just three years of replacing the famed design chief Jony Ive. Now, Bloomberg’s Mark Gurman reports Apple won’t be replacing the coveted design chief role, but instead having its entire team report to the company’s chief operating […]
Gary Ng
13 mins ago