The US Patent & Trademark Office has today published a new Touch ID related patent application from Apple, that covers the circuits and packaging for fingerprint sensors, PatentlyApple is reporting. The filing details techniques, including circuits and designs, which can receive information from fingerprint images, and which can be incorporated into devices using fingerprint recognition. 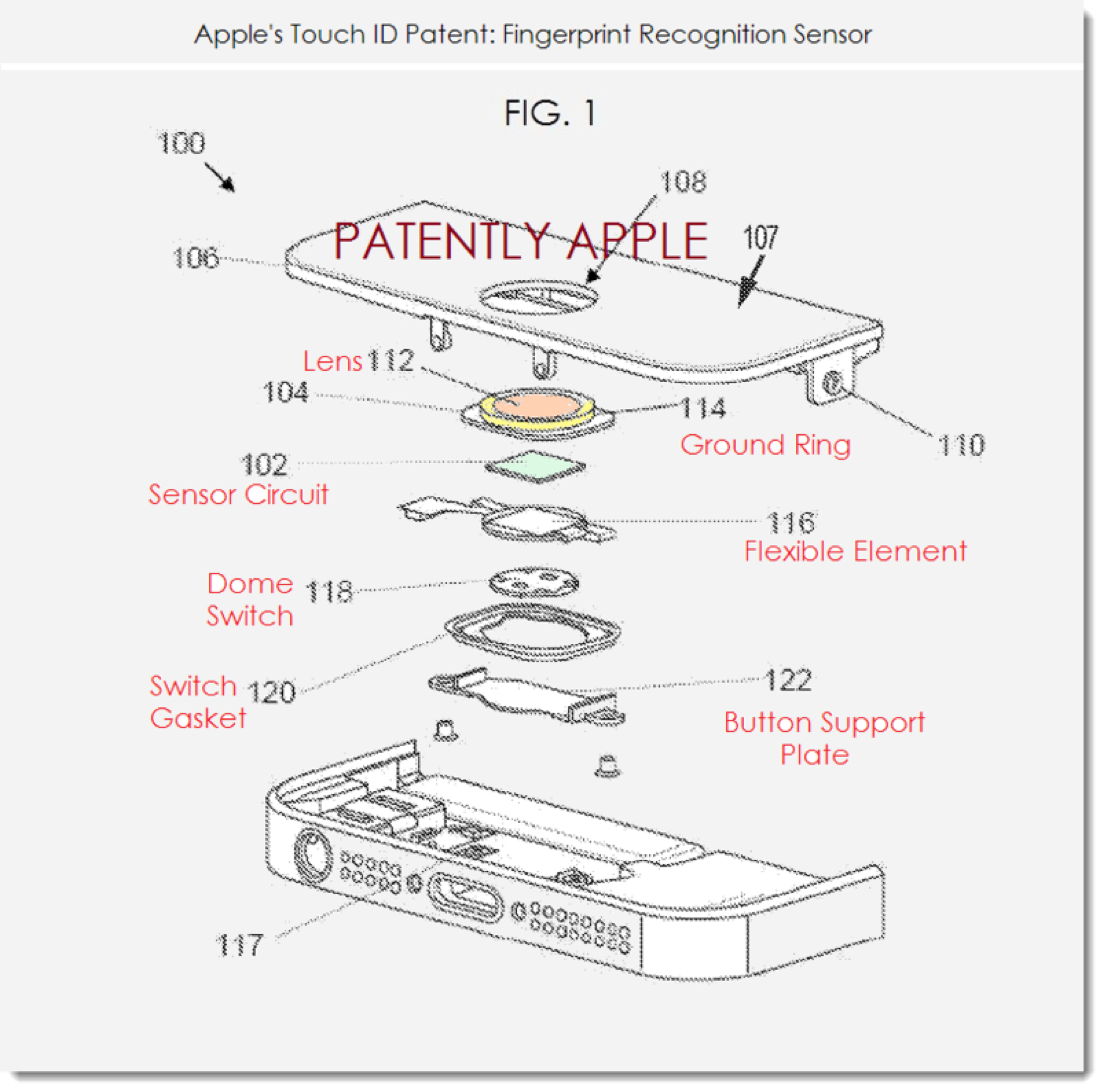 Apple’s patent FIG. 1 illustrated above shows us a conceptual drawing of a fingerprint recognition sensor included in a portion of an iPhone. An exploded view figure of a portion of the iPhone shows an assembly of parts disposed to form the fingerprint recognition sensor circuit and position of the sensor circuit below the push button/Home button.

The recessed shape may likewise be at least partially formed by a chamfer in the ground ring. In one embodiment, the button 104 can be made of one or more of the following materials, or equivalents thereof: aluminum oxide, glass or chemically treated glass, sapphire, a chemically treated compound having at least some characteristics thereof, or another compound having similar properties.

The patent also suggests that the fingerprint recognition sensor circuit might work in combination or conjunction with elements which perform optical sensing, infrared sensing, or other sensing of the user’s fingerprint.