Apple CEO Tim Cook made a surprise appearance at a Cisco event in Las Vegas on Monday, where he detailed a new enterprise security partnership with Cisco.

Cook revealed plans to help businesses with discounts on cyber-security insurance if they use products from both companies. Following the event, Cisco announced another outcome of its Apple partnership, the Cisco Security Connector app for iPhone and iPad. 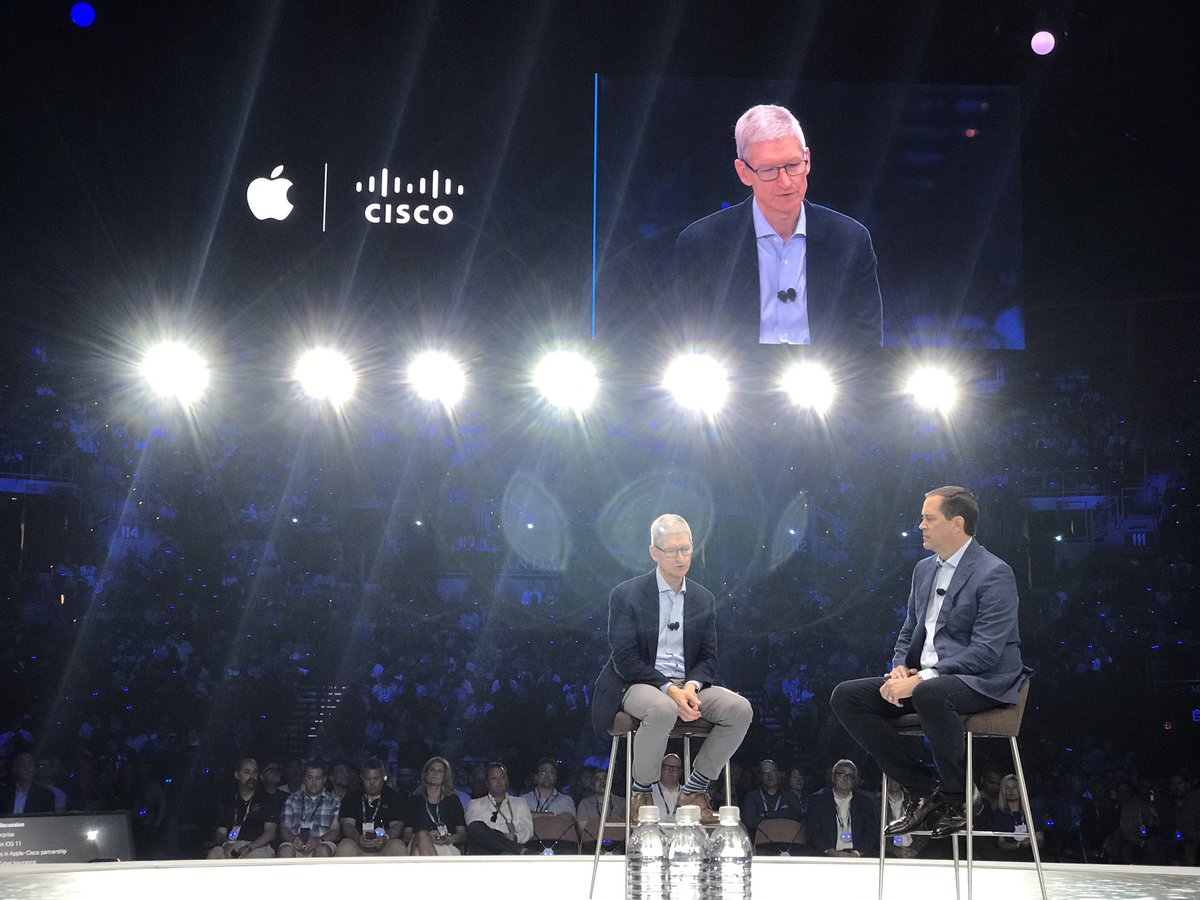 In an interview with Reuters after the event, Cook said:

“The thinking we share here is that if your enterprise or company is using Cisco and Apple, that the combination of these should make that insurance cost significantly less. This is something we’re going to spend some energy on. You should reap that benefit.”

The Security Connector app will launch this fall, and will offer security functionality from from Cisco Umbrella and Cisco Clarity. Specifically the app will aid in the investigation of security incidents, block people from connecting to malicious websites, and be able to encrypt DNS requests.

Apple has forged many enterprise partnerships in recent years, including ones with IBM, SAP, and Deloitte.