A new patent application from Apple published today by the US Patent & Trademark Office (USPTO) has revealed more details behind the company’s Touch ID fingerprint scanning technology introduced in iPhone 5S, PatentlyApple is reporting. The patent filing also notes that this Touch ID technology could eventually apply to an iPad, MacBook and beyond. 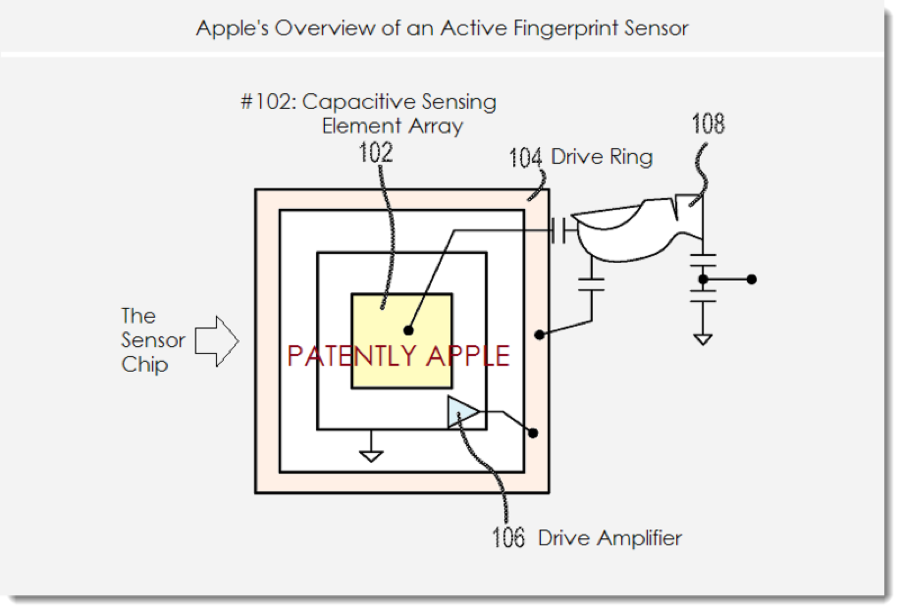 By driving a higher voltage to the sensor, the capacitive coupling between the sensor and finger may compensate for the thickness of the dielectric. By increasing the voltage in this fashion, the capacitance between finger and capacitive sensing elements of the sensor pad may be increased, thereby obtaining better resolution and imaging of the fingerprint.

The sensor may be driven at a higher voltage, such as 12 volts peak-to-peak, 16 volts peak-to-peak, or even more, without inducing any physical sensation in the finger or hand of a user. This may be accomplished by maintaining the drive ring’s voltage at a system ground voltage, while the sensor array is modulated with the higher peak-to-peak voltage signal. 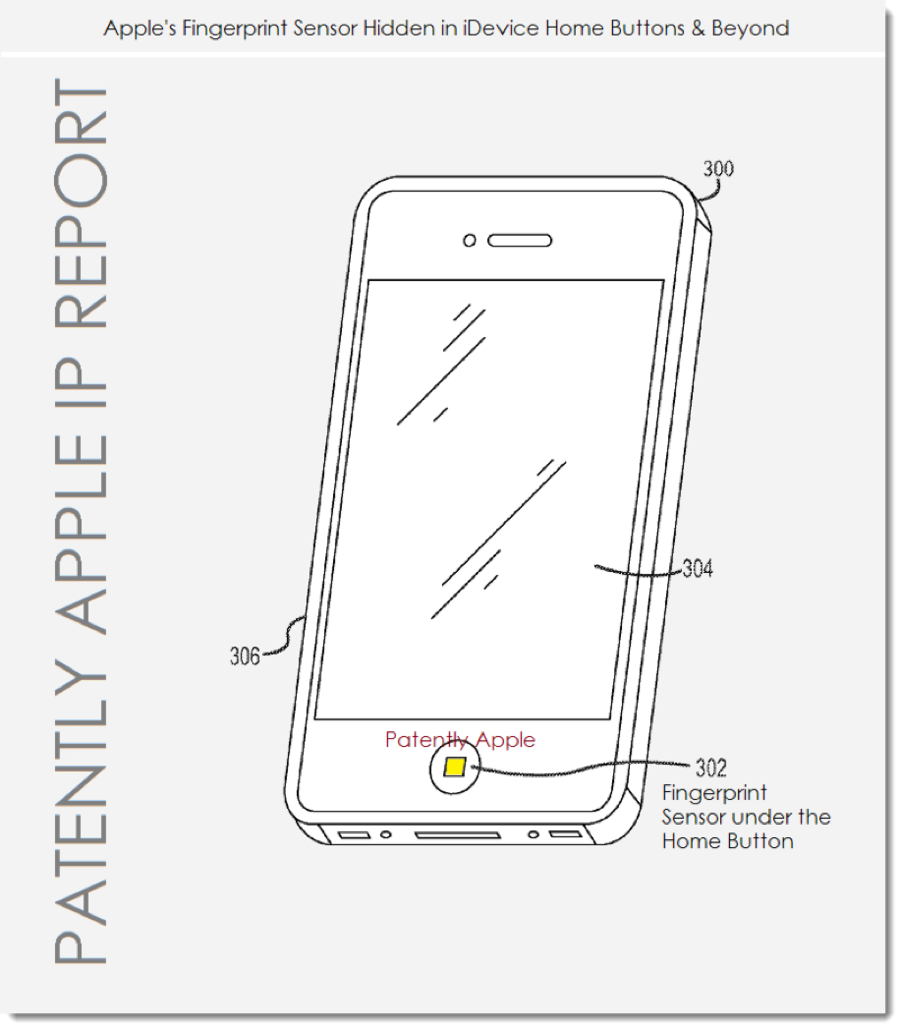 The filing further notes that the sensor may alternatively be placed beneath a portion of the display screen of a device, beneath a sidewall or another portion of the device’s enclosure, suggesting the technology will propagate to its other devices in near future.