Amid the tools used by archaeologists for centuries i.e. trowels, buckets, brushes, and pickaxes, there’s a new piece of equipment, the iPad Pro, as highlighted by Apple in a new feature.

“iPad is the perfect archaeology machine,” says Tulane University professor Dr. Allison Emmerson. who was part of the team that pioneered its use to record data on archaeological digs in 2010. She credits the iPad with revolutionizing the field.

This summer, Dr. Emmerson has made iPad Pro the center of her team’s workflow. She believes it will once again reshape the field, thanks to capabilities like enhanced processing speed and battery life, the LiDAR Scanner, and the versatility of Apple Pencil. 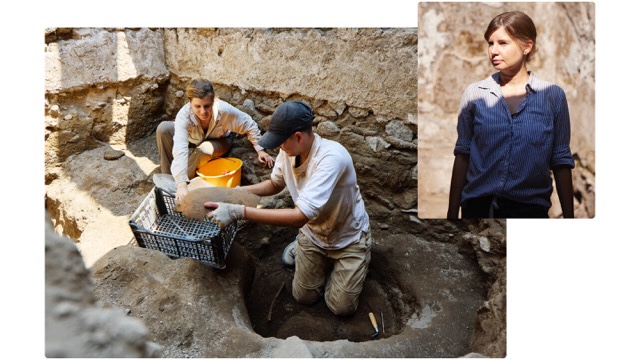 For this year’s five-week dig, called the Tulane University Pompeii I.14 Project after the building’s location on the city grid, Dr. Emmerson brought together archaeologists and students from schools on both sides of the Atlantic to excavate a commercial building believed to be a restaurant dating to the second or third century B.C.E.

“Initially, I was a little apprehensive because I’d never used iPad before,” says Dr. Jordan Rogers. “But the learning curve was so quick, and it’s really incredible how much more effective and efficient it’s made the process of data capture, especially with Apple Pencil. I also feel a lot better not having to worry I’m going to lose a sheet of paper — and there used to be so many sheets of paper.”

Christmas is just around the corner, and with all the sweet Black Friday deals out there at the moment, there's no better time to get your holiday shopping done. Here are our top picks for tech gifts this holiday season: Apple Gift Ideas Apple's latest flagship smartphone series, the iPhone 14 Pro, absolutely has to...
iPhoneinCanada.ca
10 hours ago

Here are the latest Canadian cellphone plan and device deals, plus other promos from wireless carriers such as Rogers, Telus and Bell, from our partner PlanHub. As always, the promos may change at the last minute, but here they are as of Wednesday, November 23, 2022, which include numerous Black Friday and Cyber Monday deals. Check them […]
IIC Deals
10 hours ago

Cirrus Logic, one of Apple's suppliers, may have just confirmed solid-state Power and Volume buttons with haptic feedback for next-year iPhone 15 Pro models — reports MacRumors. The Texas-based semiconductor manufacturer told shareholders earlier this month that it continues to "engage with a strategic customer" and hopes to bring "a new HPMS component to market...
Nehal Malik
11 hours ago