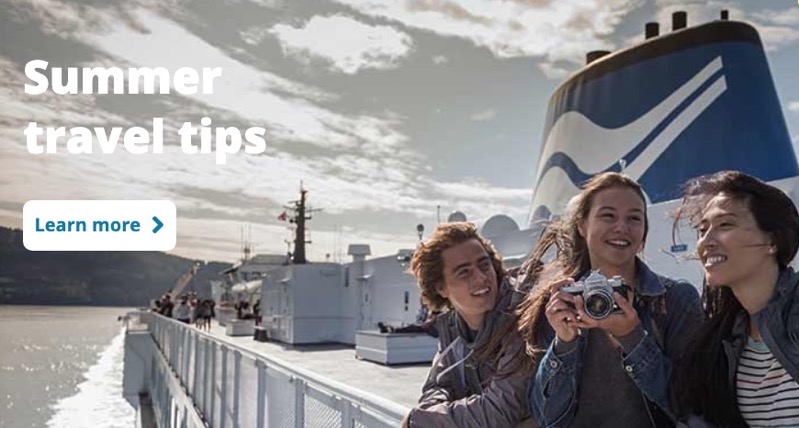 B.C Ferries recently removed its free public Wi-Fi service from major routes, including trips to and from Victoria and Vancouver.

According to an update shared on the company’s website, the company’s “less reliable Wi-Fi” was removed on the following routes back on July 5, 2021 (via CTV News):

“Extensive research and analysis of various technology solutions has shown it is not possible to improve the Wi-Fi service on our ferries to the level expected by users and we continually receive complaints about the quality and reliability of the service,” explained B.C. Ferries.

B.C. Ferries launched free ship-based Wi-Fi back in 2010, leveraging its own land-based radio devices. The company says increased customer volume has “impacted the quality and reliability of the service.”

The company claims “numerous domestic and international service providers studied ways to improve the system and no solutions were found.”

To meet demand, B.C. Ferries says it would need to upgrade network radios, which would take more power and also increase in cost and passed down to customers.

Why not use satellite or cellular technology for Wi-Fi? B.C. Ferries says there’s less bandwidth and the costs are more.

The ferry corporation says its active users have increased from 40-50 at a time from 2010, to 900 users on its largest ferries such as its Victoria to Vancouver routes. “The satellites available at our high northern latitudes are limited and would still not provide an adequate service for the number of users, and would be very costly,” said B.C. Ferries.

Time to ask Elon Musk for SpaceX’s Starlink to offer commercial service, am I right?

“We understand this is a change for customers. Many of our routes have cellular phone coverage, enabling travellers to use their data plans to access digital services,” concluded B.C. Ferries.

B.C. Ferries says free Wi-Fi is still offered at most of its major terminals, while those at smaller islands will soon get free Wi-Fi soon, as part of provincial grant funding, expected to complete in the fall of this year.

The Wi-Fi on B.C. Ferries has been terrible since day one. The service banned streaming apps and speeds (if you were able to connect) were usually only good enough to check email or browse a simple web page.

Despite Wi-Fi being axed, B.C. Ferries recently introduced online ordering for food while on board…which you’ll need a data plan to use. Go figure.

But seriously, forget free Wi-Fi…just bring back the ‘Sunshine Breakfast’ and its ‘Hollandaise’ sauce.