The median download speeds for Starlink — SpaceX’s satellite internet network — are starting to rival the speeds you’d get from land-based broadband providers, according to Ookla, the company behind Speedtest.

On Wednesday, Ookla published a report looking at Starlink internet speeds in Q2 by analyzing Speedtest scores from its users, and Starlink was surprisingly fast in Canada. 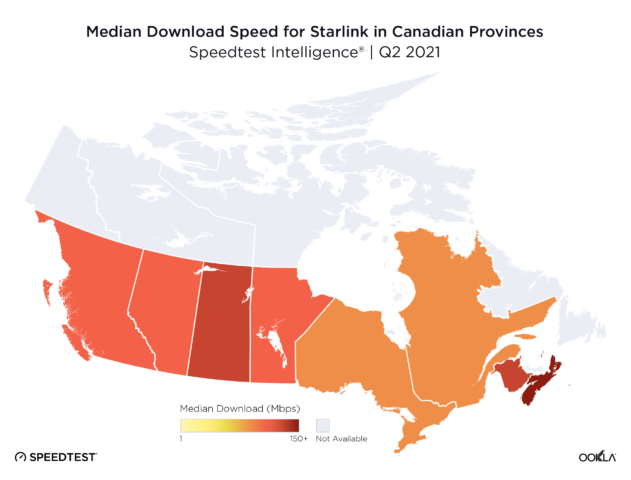 That said, it’s important to note Starlink isn’t flawless. The service, which is technically still in beta, can sometimes suffer from brief outages. Nevertheless, the data from Ookla shows SpaceX is making progress to boost the broadband quality over the network, which is now serving 90,000 users across 12 countries.

SpaceX is taking orders for Starlink at the company’s official website. The service costs $99 USD per month, and $499 one-time fee for the equipment. Unfortunately, Starlink remains limited in its availability.