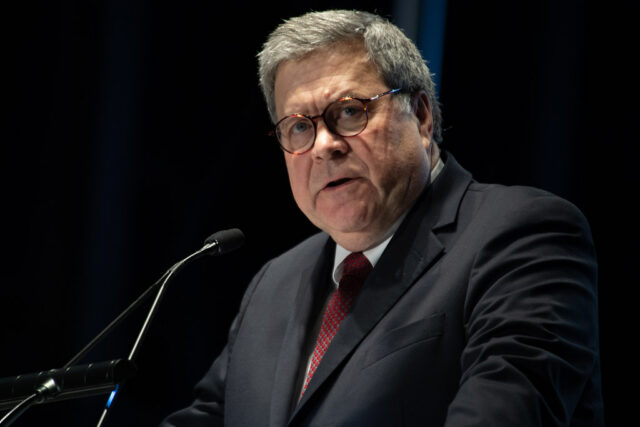 According to a new Reuters report, Trump’s top law enforcement official said in a speech: “Chinese government censors don’t need to say a word, because Hollywood is doing their work for them.”

In a Thursday speech aimed at outlining foreign policy toward the country, the world’s second largest film market, Barr used entertainment and tech sectors as examples of global “kowtowing” to the Beijing regime, which now has 70,000 movie screens set up by exhibitors.

“Hollywood actors, producers, and directors pride themselves on celebrating freedom and the human spirit. And every year at the Academy Awards, Americans are lectured about how this country falls short of Hollywood’s ideals of social justice,” read Barr’s prepared remarks given at the Gerald R. Ford Presidential Museum in Michigan.

Trump’s attorney general added: “But Hollywood now regularly censors its own movies to appease the Chinese Communist Party, the world’s most powerful violator of human rights. This censorship infects not only versions of movies that are released in China, but also many that are shown in American theaters to American audiences.”

Barr also slammed American tech companies for their cooperation with the Chinese government. “American companies such as Cisco helped the Communist Party build the Great Firewall of China—the world’s most sophisticated system for Internet surveillance and censorship,” he said. “Corporations such as Google, Microsoft, Yahoo, and Apple have shown themselves all too willing to collaborate with the CCP.”

Apple, Barr noted, has removed “pro-democracy songs” from its music store for Chinese audiences, and recently took down a news app from Chinese markets because the CCP disapproved of its Hong Kong coverage. The tech giant is also beginning a move to store some of its iCloud data in China “despite concerns that the move would give the CCP easier access to e-mails, text messages, and other user information stored in the cloud.”

Barr’s remarks are the latest sign of the Trump administration’s increasingly strident stance on China. In recent days, President Trump has signed legislation to punish China for its crackdown on Hong Kong and to potentially sanction Chinese officials for their role in detaining Uighurs and other ethnic minorities in camps.