What seemed would be in the distant future is going to happen this Christmas: The Beatles, the world’s most beloved rock band, will embrace streaming services, according to anonymous sources speaking with Billboard. 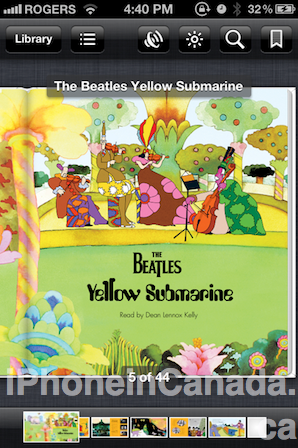 While Billboard has received conflicting reports on the timing of the Fab Four’s arrival to streaming platforms, there’s a strong indication that fans will be able to hear “Hey Jude” on Thursday, Dec. 24.

Since the legendary band has so far refrained from accepting streaming, this move could make history in the record industry, which, apparently, is not yet fully convinced that streaming is the future. You may recall that the Beatles were late entering the digital downloads era, as well: The iTunes store was more than seven years old when they made their music available for purchase in 2010. We don’t even need to mention that they sold 2 million songs in the first week.

Chatter around a six month “exclusive” for a known streaming service reportedly began to trickle out of Apple Records in 2014, according to one source, but fizzled out. This past January, former Universal Music Group digital executive Rob Wells restarted discussions for the massive get, with papers reportedly having been signed in mid-September. It’s unknown which specific services have secured the deal, though sources strongly suggest that most, if not all, will have access to the band’s catalog of studio albums next week.

There is no clear information about the platform, but the little birdies spoke about a six month “exclusive” for a known streaming service in 2014, which excludes Apple from the picture, but you never know. Spotify could be another possibility, but Billboard’s reporters couldn’t get any official comment, and Apple also declined to comment. It is worth noting that Universal Music Group owns the right to sell Beatle’s records in North America, and since it owns a stake in Spotify, streaming it on the latter would make money for the company both as a record company and part-owner of the streaming service.