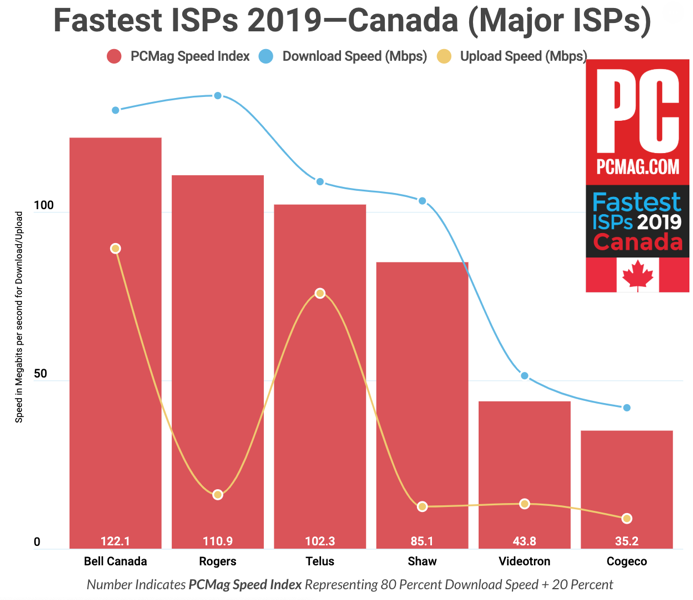 PCMag has released the results of their annual ISP speed test for Canada, “The Fastest ISPs of 2019: Canada”. The publication has been doing these tests for over 10 years and told iPhone in Canada via email they collected nearly 44,000 individual tests across the country from both regional and local internet service providers (ISPs).

As for the fastest major ISP in Canada (those with over 500,000 subscribers), that honour went to Bell Canada, with PCMag saying the latter’s investment in fibre-to-the-home for Fibe Internet “continues to pay off”, offering some of the fastest speeds for over 2 million customers in central Canada.

As for Rogers, they trailed Bell Canada by 11 points, with Telus in third at just 8 points behind Rogers.

Here is a brief overview of the top ISPs by province, according to PCMag, rated by the PCMag Speed Index (PSI):

You can click here to see the full report over at PCMag.